2016 Was a Good Year For Abundant Housing in LA 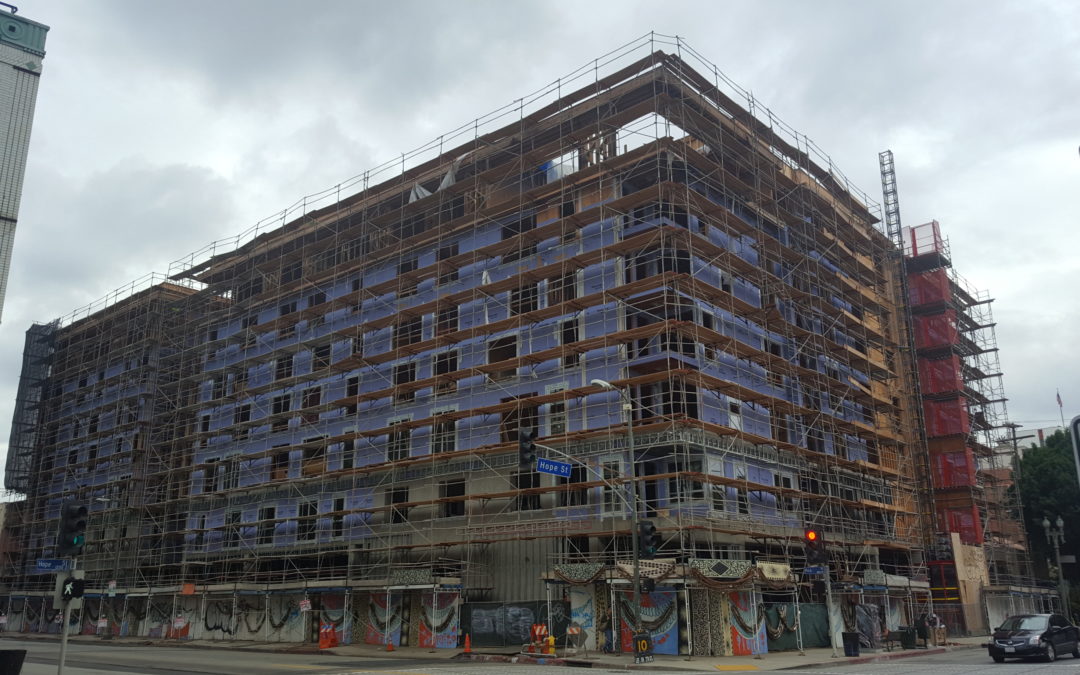 Abundant Housing is a volunteer organization that supports more affordable and market-rate housing in the LA region in order to reduce rents for residents of all backgrounds, ages, and income levels. Thanks to everyone who made this a banner year—as an all-volunteer organization, we’re only as good as the work we collectively do!

Growing and evolving
We started the year with just five original members. We end the year with 375. On the one hand, that’s a good thing, because everybody needs more friends, and collectively we’re starting to get some real political power. On the other hand, it shows that high rents and the housing crisis are continuing to cause real problems, and people across LA are looking for solutions.

Last summer brought the first wave of new volunteers, who brought new energy and organized the first Abundant Housing LA meetings that were open to the public, allowing people interested in the group to learn more, socialize, and get involved. As we started to grow, it was time to get organized, so we officially formed the steering committee in October. You can learn more about the steering committee here—please reach out anytime, we’re always looking for good ideas and good people who want to lend a hand to help get things done!

Supporting new housing
Abundant Housing LA exists to lower rents by supporting more housing. From the start we have supported proposed developments to help them navigate a lengthy planning process, and a tough political climate thanks to decades of NIMBY pressure. In 2016, Abundant Housing sent letters of support for 138 proposed housing projects in the City of Los Angeles. If completed as proposed, the developments we supported would add over 12,000 housing units. We also submitted letters of support for 10 projects in Glendale, containing almost 200 housing units. Finally, the group submitted 7 letters in opposition to developments that would reduce the number of units on a site, or replace affordable units with an equal number of more expensive dwellings.

Sending letters is a good way to show planners and elected officials that there is public support for a project, but showing up in person to hearings is even better, which is why AHLA members began to attend housing hearings in mid-2016. Come winter, we had begun to create simple weekly email updates which allow members to easily send in their own letters of support in favor of projects, as well as find out about important in-person hearings.

Changing the rules
We also advocate for legislative changes that will help solve the housing crisis, and our action alerts allow members to quickly learn about an issue and then send letters of support or opposition to legislation that could impact housing in the region. Whether it’s advocating for up-zoning along transit or ensuring that housing for low income residents is adequately subsidized, we’re making sure that legislators hear pro-housing voices.

We took a position on three local ballot initiatives in November: ‘yes’ on the City of LA’s Measure HHH to fund housing for the homeless, ‘no’ on Santa Monica Measure LV to require public votes on nearly all new buildings, and ‘yes’ on LA County’s Measure M to fund transit and other transportation improvements. All three went as we’d hoped, so we’re either prescient, lucky, or already turning the tides of entire elections. Either way, we’re happy.

We also supported new state laws which made it easier to build accessory dwelling units (backyard homes, or ADUs), and are working to make sure that the cities of LA and Pasadena do the same locally. Sadly, we didn’t win them all this year, and Governor Brown’s efforts to create “by right” housing rules for affordable developments failed. However, we’ll be working to help similar legislation to create automatic approval for affordable housing developments in 2017.

Local plans are among the most important legal rules that determine how much housing can be built and where housing is allowed. Abundant Housing LA met with City of LA planners and City Council staff to advocate that new transit neighborhood plans, community plans (especially the two downtown plans), and a new city general plan allow for more housing capacity to alleviate housing shortages and cut rents. There is a lot more work to do here though, so please speak up if you want to help out with local up-zoning in the year ahead!

Being a voice for more housing
For decades, NIMBYs who oppose any change in the city have dominated the conversation on housing in Los Angeles. Press coverage all too often reinforces this picture by portraying things as a simple fight between developers and NIMBYs (who cast themselves as concerned residents). These stories leave out the voice of the more numerous but diffuse set of LA residents—mainly renters—who benefit from more affordable and market-rate housing.

Looking forward to 2017
2017 is starting off with a bang. NIMBYs have placed Measure S (the so-called Neighborhood Integrity Initiative) on the March 7th ballot, which would effectively ban large housing developments in the city, leading to increased rents and accelerating displacement in low income communities. Not only that, Measure S would slow the economy and cost the city literally tens of thousands of well-paying construction jobs. Local voters mainly took pro-housing stances on ballot measure in 2016, but we’ve got to work hard to make sure that Measure S fails and we keep the momentum going forward.

We’ll also be endorsing pro-housing candidates for city council races, which are coming to LA and many neighboring cities in 2017.

It isn’t easy to overcome decades of anti-housing NIMBYism, but we’ve made a hell of a start in 2016, and we look forward to doing even more in the year ahead. Come out to a meeting, take a pro-housing action, and get involved to help advocate for more abundant housing in Los Angeles!