Southern California is famous worldwide for its varied terrain that ranges from sun-baked deserts to snow-capped mountains. But nothing is truly signature Southern California like its sweeping sandy beaches. Television shows such as Baywatch and The O.C. have permanently burned this image into the minds of the public.

However, the advent of climate change may disrupt this. As the climate becomes warmer and warmer, the ocean will expand and engulf more land in a process known as sea level rise. The creeping waters will erode and chip away at the perimeter, making the beaches retreat further and further inland. According to an exhaustive report by the California Coastal Commission, Two-thirds of California beaches may be underwater by 2100. Housing developments too close to this advance will be trapped and even pulled under by the weight of the tides. Numerous lives could be lost, communities fractured, and millions if not billions of dollars in damage could ensue. So what can be done to prevent mass calamities from happening? 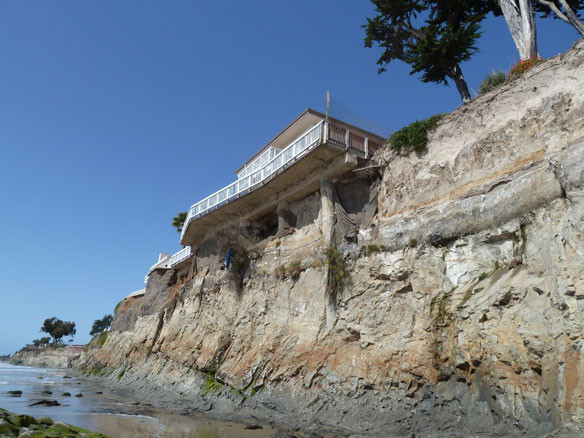 Well, we can turn to something called climate adaptation. According to the Intergovernmental Panel on Climate Change (IPPC), Climate adaptation is defined as “any adjustment in natural or human systems in response to actual or expected climatic stimuli or their effects which moderates harm or exploits beneficial opportunities”. Unlike traditional climate mitigation-focused environmental actions, which work on reducing the amount of carbon dioxide in the atmosphere, climate adaptation’s goal is to correct course from the pressures of a carbon-heavy atmosphere. This can take form of numerous procedures ranging from building a giant sea-wall for storm-surge protection to a community wearing beach clothing designed for hotter climates, but usually come in one of three categories.

The most blunt category of climate adaptation is to protect. Protection usually involves building physical infrastructure to act as a shield against disasters. When it comes to sea-level rise, protective adaptation measures often come in the form of seawalls. As the name implies, sea-wall is a built defense that protects an area from sea level rise. An example of a seawall in the Los Angeles area can be seen below.

While seawalls can provide temporary relief for a community, over the long-term they can actually damage more than they save. Under natural sea level rise, a beach can smoothly retreat further and further inland to escape the waters. However, if there is a barrier present, then the beach will be lost to the ocean in a process known as Coastal Squeeze. Oftentimes, property owners will build seawalls to protect their property and assets. Since these edifices can destroy the surrounding beach, which is identified as a public good under the California  Coastal Act, the California Coastal Commission requires homeowners to apply for a permit to build a seawall. If one goes up without a permit, then the seawall may be demolished and a hefty fine imposed. The California Coastal Commission usually prefers that “soft” armoring techniques such as sand dunes and coastal marshes are employed for protection.

Although external protection may provide short-term relief, it may not be the most effective. Coastal cities may need to accommodate, or change their fundamental structure, for sea level rise. Since regions within a municipality may be overtaken by the oceans, development strategies within these will have to change. While zones which will be flooded under lower estimates will probably have to become off-limits for development, it should be noted that most coastal regions in LA will be fairly safe. At 0.8 ft of sea level rise, above the 0.66 ft projected for a 2 degree celsius rise in global temperatures, only the Marina del Rey harbor, the Ballona Wetlands Ecological Reserve, and the port of Long Beach, all of which contain no housing, will be affected. At a 16.4 ft sea level rise, a level so high that even the most dire climate models will project that it would be extremely unlikely that half of it is reached by the end of this century, only some residential portions of Marina del Rey, Venice, South Long Beach, and the direct coast line will be affected. Places like Santa Monica and Manhattan Beach are going to be safe, dry, and free to build more dense housing by the beach without worry. Unfortunately, NIMBYs are trying to use people’s lack of knowledge about these facts to discourage development in their neighborhoods. 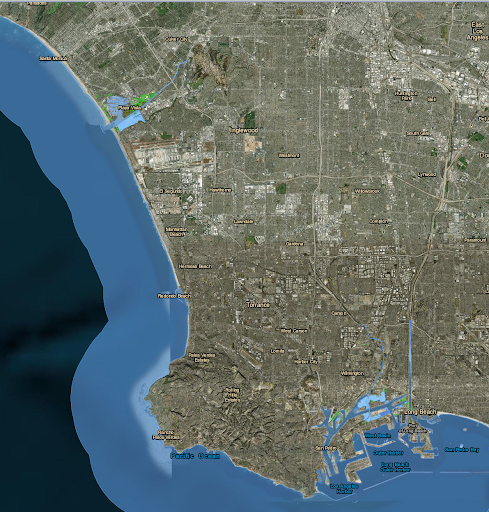 0.8 ft Sea level rise in LA County. Courtesy of Our Coast Our Future. 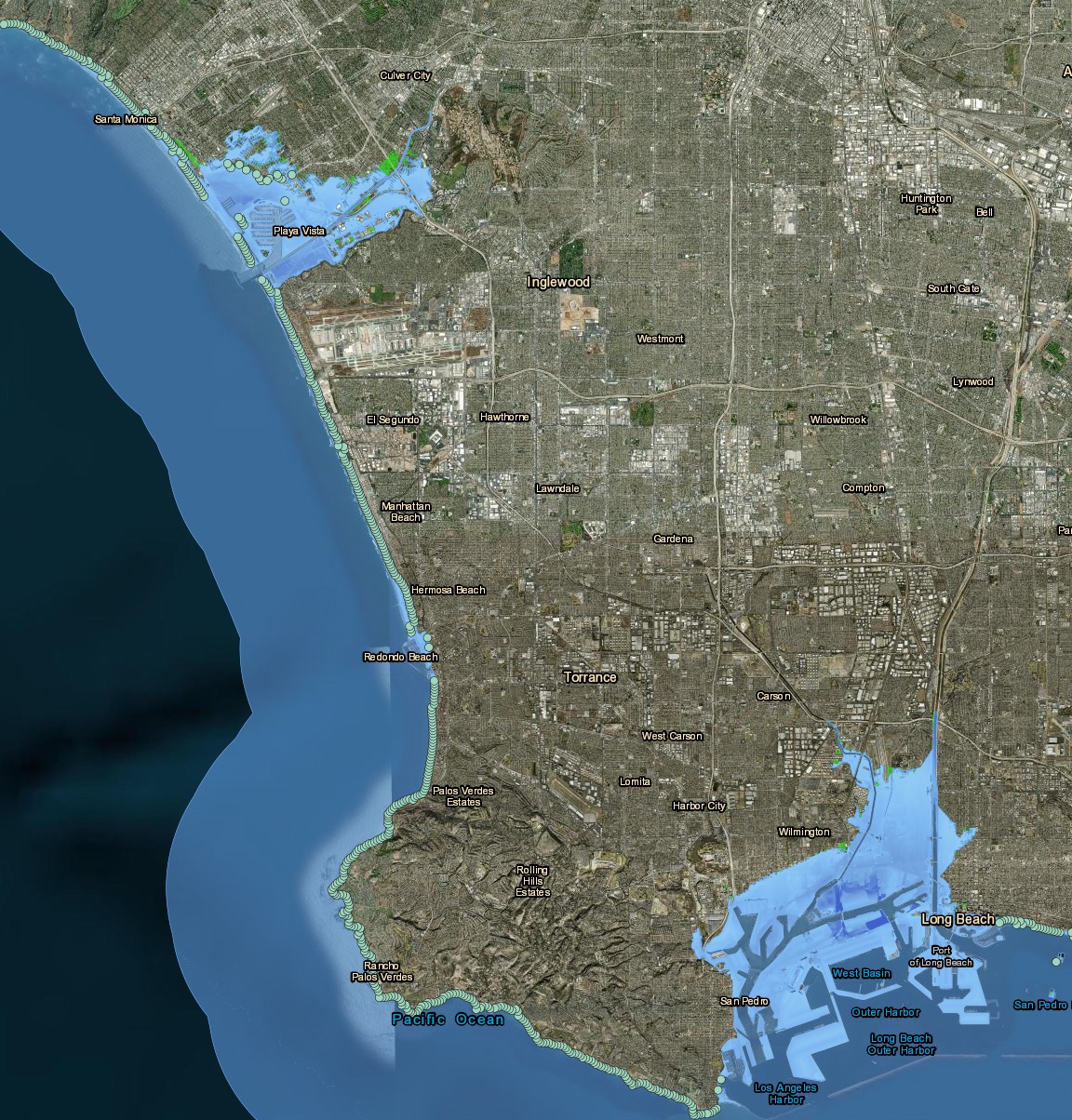 16.4 ft Sea level rise in LA County. Courtesy of Our Coast Our Future.

Cities must ensure that these places are measured using the best possible science. If the hazard area estimates prove to be too small, then lives and economic vitality could be at risk. If the hazard areas end up being too large, then not enough housing may be produced for the municipality, exacerbating the cost of living and exclusion.

New housing being built close to the coast must take into account how sea level rise will affect it. Guidance must lay out how sea level rise will take its course in the area over the extent of its lifetime. Most residential developments have an economic life of 75 years, and global warming will definitely play a major role in our society by then. Just because sea-level rise may be a very high number such as 6.7 feet by 2100 does not mean that it needs to be designed for that today but needs a plan. For example, the building may undergo periodic retrofits to strengthen against inundation. Of course, all of this will depend on the location of the building. One size never fits all in adaptation work, and resilience capacity building will need to be tailored to the local context. Tools such as CoSMoS can prove incredibly versatile for climate planning, and must be taken into consideration by a governing body. 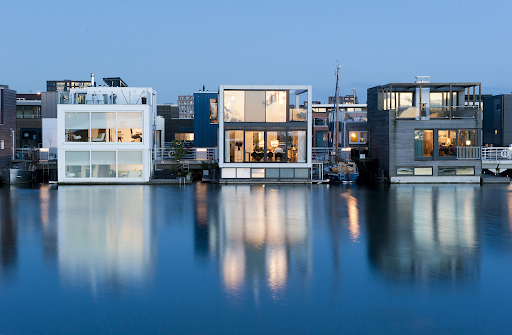 Floating architecture in the Netherlands. An example of housing accommodating sea level rise. Link to article.

Despite all of our best efforts, protection and accommodating may not be enough to save a municipality. If climate change becomes too powerful and the ocean creeps up too much, a strategic retreat from the coast may be necessary. This managed retreat is usually triggered when certain thresholds are met, such as the shoreline covering a certain distance. There are multiple ways to implement  this program, many of which can be completed in tandem. Buildings can be demolished or even relocated once deemed necessary. Entire indigineous villages in Alaska have voted to undergo relocation. Communities can even think ahead by planning by mandating that structures built near the shore are constructed in a way that facilitates easy relocation. Buy back programs can also be created to offer money to people whose home may exist near the shore.The California Coastal Commission will work with communities to help achieve an adequate managed retreat. Of course, tensions may occur, but public interest must be insured. 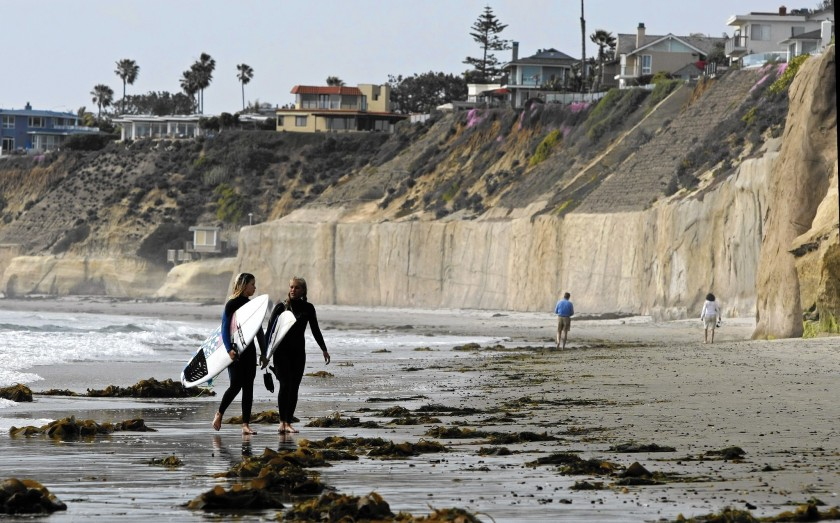 Planning and adapting housing policy for sea level rise is not something that’s far flung in the future. It’s already happening now and leading to some interesting paradigm shifts. According to California’s Ambulatory Public Trust Doctrine, anything beyond the Mean High Tide Line (the mean tidal height over the past 18 years) is within the public trust. The California Coastal Commission has been approving areas vulnerable to sea level rise and have property owners sign permit conditions for building development in vulnerable areas and acknowledge high-tide line. If the line goes over their property, then it will be transferred to the government. Homeowners will have to have a plan for long-term sea level rise adaptation. Sometimes, basements are denied in flood-vulnerable areas. The California Coastal Commission is also looking at approving accessory development units with less parking or less need for approval such as waivers. Junior accessory development units (up to 500 square feet created out of a bedroom within an existing single family home) are now exempted from full coastal development.

Whether we like it or not, climate change is coming and is here to stay, though we must do everything we can to reduce its impact. While building dense housing in urban coastal areas helps reduce greenhouse gas emissions, climate adaptation strategies will still be necessary.  The seas will rise, and the beaches will be enveloped. As temperatures increase permanently, inland areas may become uninhabitable, and living close to the ocean for its milder climate may become a necessity. Whether we try to protect our developments through seawalls and soft armoring, accommodate through new urban layouts and retrofits, or retreat altogether, the decision will be ours to shape what the future of our cities and housing layouts will look like.

This article could not have been accomplished if it was not for the assistance of a few forward-thinking individuals. Thank you Alexander Yee from the California Coastal Commission for taking the time to inform the author about the commission’s roles and how it approaches sea level rise adaptation. Thank you Chase Engelhardt from Climate Resolve for your elucidation on current adaptation practices and conflicts when it comes to sea level rise. And finally, thank you Leonora Camner, the executive director of AHLA, for providing the connection with these individuals.

by Esteban García | Sep 4, 2020
The Angeles National Forest is in flames. Smoke clouds are billowing across northern LA County. Thousands are forced to leave their homes as fires blaze through residential areas. Wildfire season has once again come to Los Angeles. The devastation these flames bring is not news to any long-time resident of LA County. As a native […]

by Isaac Gendler | Aug 31, 2020
California is famous across the world for its breath-taking Mediterranean climate, making it a magnet in people from Morocco to Maine and everywhere in the world. However, this comes with one major vulnerability. Wildfires. Wildfires have plagued California’s environment since its climate first stabilized. When the fire season arises, homes and entire communities can be […]