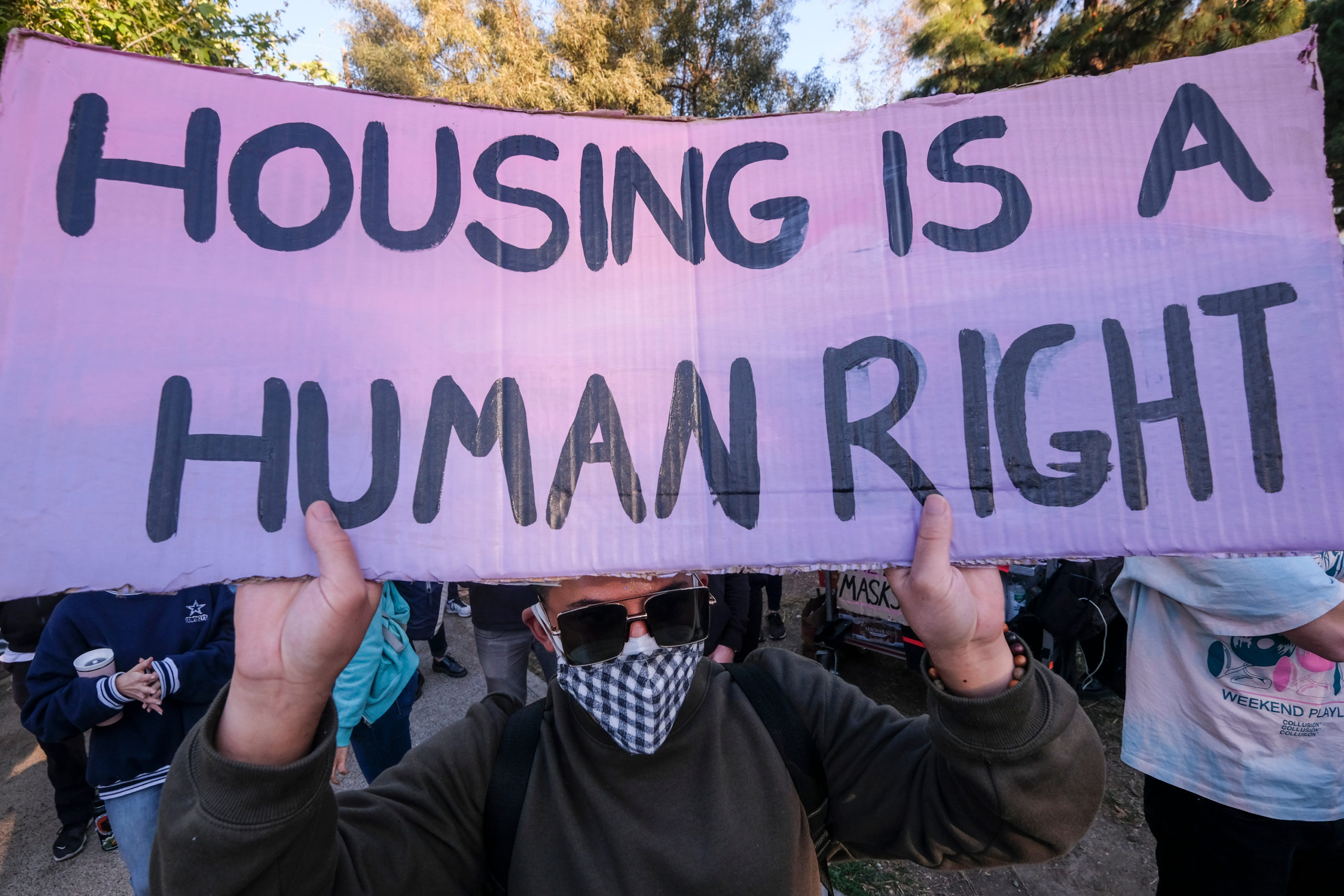 Last month, AIDS Healthcare Foundation (AHF) filed a lawsuit in an attempt to block LA’s housing element, which will rezone to increase the city’s housing capacity. The extent of LA’s rezone is informed by recent development trends to ensure the city has a total realistic capacity of 456,000 homes – including 184,721 income-restricted homes – the number of homes needed to end LA’s housing shortage, according to the Regional Housing Needs Assessment (RHNA).

AHLA strongly opposes this anti-housing lawsuit. The LA City Housing Element is a once-in-a-decade opportunity for the City to address the affordable housing crisis and homelessness crisis in the City of Los Angeles.

After nearly two years of advocacy from housing justice organizations including ACT-LA and Abundant Housing LA, the City of Los Angeles adopted a Housing Element that moves us in the right direction to build enough housing, especially affordable housing, to meet the needs of all Angelenos. Based on this advocacy, the City of Los Angeles created a first-of-its-kind Site Inventory that accurately assesses the likelihood that any given property will actually be developed and a rezone program that aims to allow for enough flexibility to actually build enough housing to meet our housing needs at all income levels.

The LA City housing element focuses the bulk of the rezone program in higher opportunity areas where housing is most needed. By allowing housing near jobs in high opportunity areas and focusing on new housing away from low-income communities—in addition to stronger enforcement of the Rent Stabilization Ordinance, Tenant Anti-Harassment Ordinance, and Ellis Act—the housing element attempts to undo Los Angeles’s history of racial segregation and redlining.

The Housing Element emphasizes an update to the highly successful Transit Oriented Communities Program and other efforts to create market-rate housing with value capture to simultaneously create affordable housing and desegregate the City. Furthermore, it directs the city to study other policies that will encourage and require affordable housing.

Rezoning is a sensible policy backed by research; it stabilizes skyrocketing prices by increasing the housing supply. But more importantly, rezoning areas in LA is necessary – LA will only produce about 10% of the 456,000 homes needed in a business as usual scenario.

The LA City Council passed the housing element last November, and it is currently under review at the HCD. But why is the AHF, an organization whose expressed mission is to provide AIDS/HIV medical care, suing the city over a housing plan?

In recent years AHF became increasingly more active in local and state housing politics, often in opposition to reforms. The organization claims to fight for housing rights, but its policy positions often align with the anti-housing movement. Here’s a quick rundown of its history in housing policy:

So, what has AHF done to advance housing as a human right? It seems not much. Though AHF claims to fight for renters’ protections, the NIMBY “Community Planning Voter Initiative” would actually remove renter’s protections such as those under SB 330, and put people at risk of displacement. This is the opposite of fighting for housing rights!

With the new suit against LA’s housing element, AHF joins Fix The City as the two organizations fight against efforts to rezone neighborhoods and increase housing capacity, LA Times noted.

Fix The City brought suit in 2018 to fight the Exposition Corridor Transit Neighborhood Plan (Expo TNP), which rezoned single-family parcels near the Bundy Station. While the plan was implemented in December 2019, the lawsuit is still ongoing. This certainly has dampened development momentum.

City Attorney Mike Feuer, who recently secured a win in the court against Fix The City, will be defending the housing element. Mike Feuer is running for Los Angeles Mayor. Interestingly, Kevin De Leon, who is also running for mayor, appeared on the payroll of Healthy Housing Foundation, an AHF affiliate. He was paid more than $100,000 to be a rent control consultant.

In December, our endorsement committee interviewed LA’s mayoral candidates on housing policies, including Mike Feuer and Kevin De Leon. Only one candidate earned our endorsement.

Based on the interviews, AHLA endorsed Karen Bass for Los Angeles Mayor. Rep. Bass presented a clear understanding of the crisis at hand, and demonstrated a clear policy vision to help end the housing shortage. Her experience in community organizing speaks to her ability in coalescing diverse communities behind positive policy solutions.

“We have a housing affordability crisis in this city, and our solutions need to be bold and creative. As Mayor, I will make sure that as we build more housing at all income levels, we do it in a way that protects our existing housing stock and prevents continued gentrification through the displacement of folks from their homes.”

In her wide-ranging response on housing, Rep. Bass stressed the need to prioritize truly affordable housing “in all zip codes and neighborhoods” and to ensure community input is included and collected within a reasonable timeframe. She also highlighted the importance of expanding the Section 8 Voucher program, promising to work with HUD and small landlords to make it more accessible and accepted.

Rep. Bass believes “keeping tenants and homeowners in their homes is essential to preventing homelessness, speculation, and gentrification”. She supports policies such as Measure JJJ’s Transit-Oriented Communities Program to “ensure the creation and preservation of critically needed affordable housing and local, high-wage jobs for Angelenos.”

As Mayor, Rep. Bass will focus on building permanent and temporary housing to address homelessness. And she will invest heavily in real street engagement so that trained providers, medical and mental health professionals can build trust with the unhoused.