Despite a $1.2 B investment, LA’s homelessness crisis is still worsening. We know why. 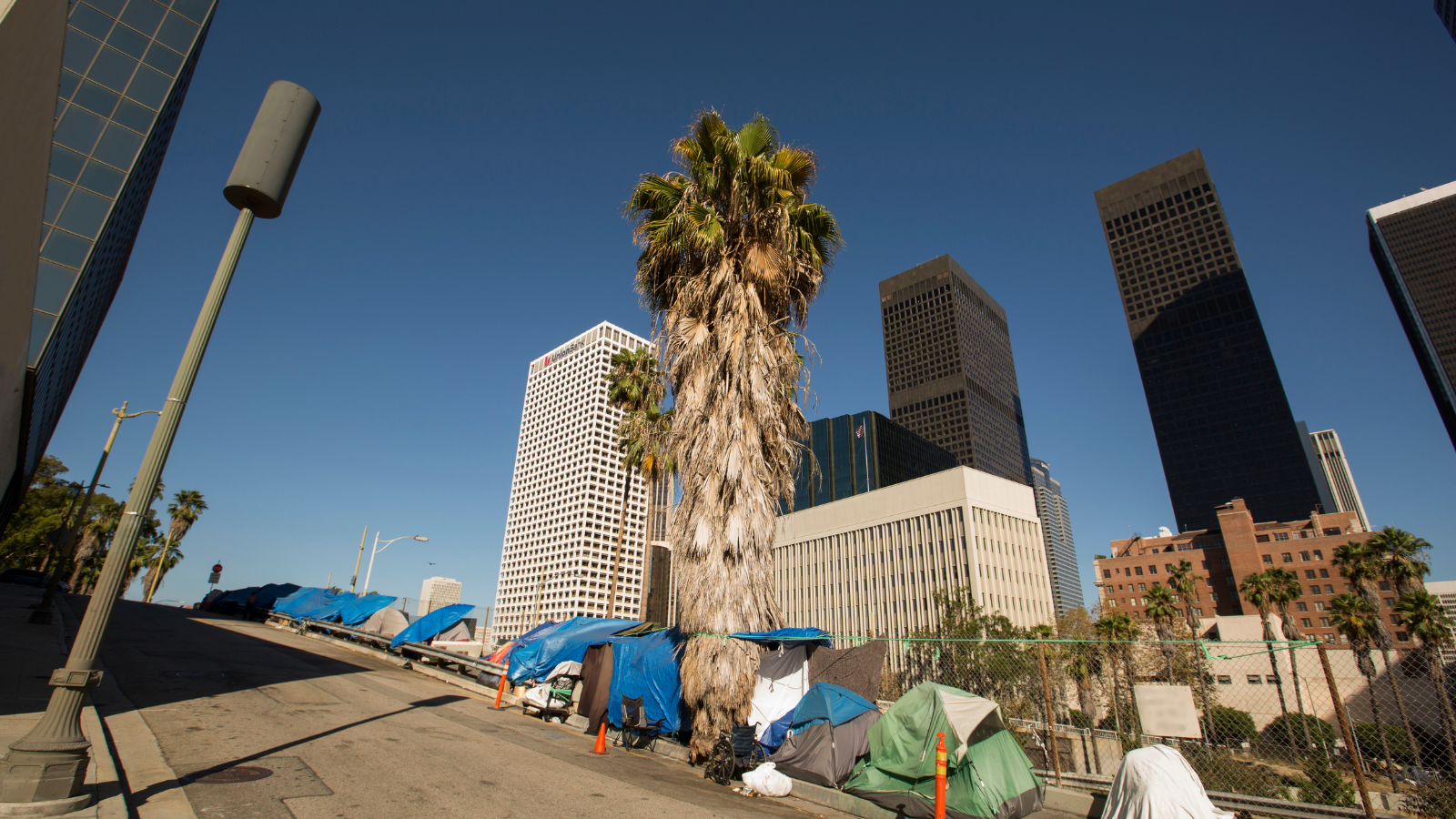 Let’s first look at the performance of Measure HHH. As of October 2021, there are over 7,200 units in progress funded by HHH. When voters approved HHH, the goal was to fund 10,000 units within the next 10 years. Measure HHH is well on track to meet this goal.

Meanwhile, service providers are rehousing more homeless people than ever before. As of Jan 2020, LA County’s homeless services system has doubled the number of annual housing placements. In 2019 alone, 2,2769 were moved into permanent housing.

So why isn’t homelessness going away despite investing to solve the problem and better performance of service programs?

Because funding alone will not result in a large increase of new PSH units completed per year. Yet to end homelessness, we need to dramatically increase that number.

The root cause of exploding homelessness is severe housing scarcity leading to high rent burdens. Research shows that cities where people pay more than 32% of their income toward rent are vulnerable to a rapid increase in homelessness. High rents are why for every 10 Angelenos rehoused, 11 more fall into homelessness.

In other words, ending homelessness means we need to rehouse currently unhoused Angelenos AND prevent vulnerable Angelenos from falling into homelessness.

Both of these require us to build more housing.

Building homes in LA, including subsidized affordable housing, is a prohibitively costly and complicated feat. Berkeley’s Terner Center estimates that affordable housing costs about $500,000 per apartment to build in LA. On average, nonprofit developers spend ~4 years to complete one affordable project.

While high land and construction costs are the primary reasons why, looking closer, researchers found that cumbersome requirements imposed upon affordable housing add about 12% to the cost. Additionally, restrictive zoning, which allows for only a single dwelling unit per parcel in over 75% of LA County’s residential land, makes suitable land for apartments, affordable or market rate, hard to find.

Finally, a slow permitting process and NIMBY opposition cause long lead times for affordable housing production. This is why only 1,000 units of PSH have been completed through Measure HHH, four years after the program was launched.

This has been going on for a while. As a result of these policy failures, homebuilding in general plummeted starting in the 1990s.

But since LA keeps adding jobs and population, demand for housing far outpaces production, creating demand-side competition that further drives up prices. The American Planning Association recommends adding one housing unit per 1.3 – 1.7 jobs created. In LA County, between 2011 and 2017, the ratio of new jobs to new housing is 5.55. 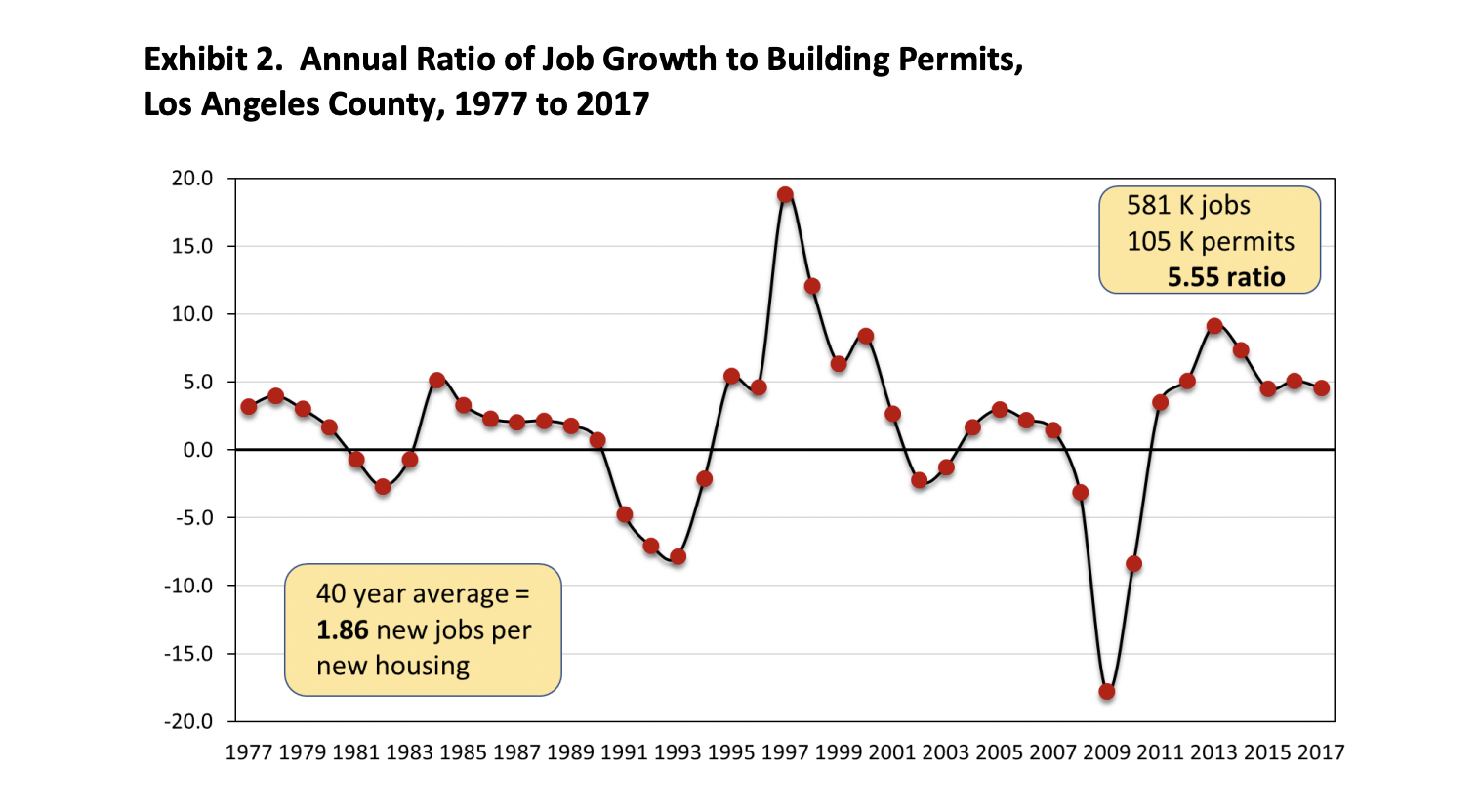 We need to legalize more homes by upzoning land, which will create more supply and push down housing costs. It works by making more land available to affordable housing, and by bringing down the cost of each unit of housing – like carpooling and splitting the cost of gas.

Streamlining both the permitting process as well as funding applications will also make homebuilding faster and lower costs, by reducing the amount of paperwork required.

Voters have been waiting for our elected leaders to act on homelessness for too long. This latest poll reflects their anger and impatience – nearly four in ten feel unsafe in their own neighborhoods because of homelessness. Over one in five considered moving because of out-of-control homelessness. This is unacceptable.

Encouragingly, the same poll also found that the majority of LA County voters back reforms to relax zoning, such as last year’s SB 9 and SB 10.

This should be a wake-up call for our city’s leaders to reform housing now to increase production, rehouse those living on the streets, and reduce rent burden. This is the only way to end the current homelessness crisis and prevent homelessness in the future.