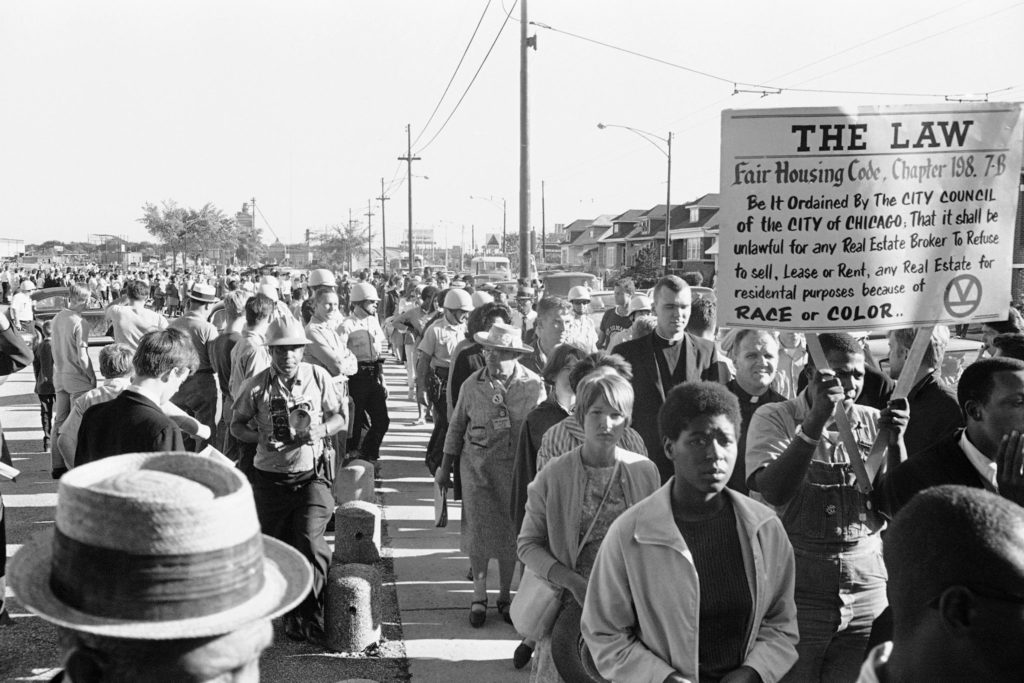 The 1960s were an era of great struggles but also remarkable progress on civil rights, culminating in the year 1968. On February 29th of that year, the National Advisory Commission on Civil Disorders, after studying widespread civil unrest found that, all too often, America consisted of two separate and unequal societies, one for whites and one for Blacks; and such a societal structure was cemented and maintained by where Blacks can and cannot live. In the wake of Reverend Dr. Martin Luther King Jr.’s assassination and nationwide protests,  Congress passed the Fair Housing Act, which outlawed housing discrimination based on race, religion, national origin, sex, (and as amended) handicap and family status.

A brief period of reform followed. The new Department of Housing and Urban Development (HUD) and its secretary, George Romney, was tasked with “affirmatively furthering” fair housing (sound familiar?). The HUD sought to integrate well-resourced, whites-only suburbs and demanded that these areas allow more affordable housing – an effort known as “Open Communities”. Unsurprisingly, the Open Communities initiative was met with fierce local resistance. Romney tried to enforce integration by withholding federal funding from non-complying municipalities, but Nixon, afraid of losing suburban white votes, quickly intervened to halt all such efforts.

At this very moment, Californians have the opportunity to decide whether or not to enforce our own fair housing law. AB 686 (2018) requires all state and local public agencies to “facilitate deliberate action to explicitly address, combat, and relieve disparities resulting from past patterns of segregation to foster more inclusive communities”. This applies to the housing element update process, where according to California’s Regional Housing Needs Assessment, cities must update the housing element in a way that encourages historically high housing growth, while affirmatively furthering fair housing opportunities and undoing patterns of discrimination in housing. This offers a once-in-a-generation opportunity to address the need for more housing in a way that furthers equity, environmental sustainability, and economic recovery.

Unfortunately, many Southern California cities are submitting housing elements that don’t meet the state’s requirements, and are effectively treating fair housing law as optional. For example, Santa Monica has proposed a housing element that promotes almost all housing growth in formerly redlined areas. South Pasadena and Beverly Hills are proposing housing on sites where it’s very unlikely to be built, such as city halls, vacant parcels of railroad track, and historic theaters. These cities are using bad-faith tactics to superficially comply with the law, while avoiding rezoning exclusive areas to welcome more housing and more neighbors.

It is up to the Newsom administration and the Department of Housing and Community Development to enforce housing law and demand cities create housing elements that encourage strong housing growth at all levels of income AND affirmatively further fair housing. If history is any guide, it is not the lack of fair housing law but a lack of political will and enforcement that kept segregation alive and well. Don’t let this go any longer.

Like what you just read? Sign up to receive weekly updates on key housing issues and the latest housing news.