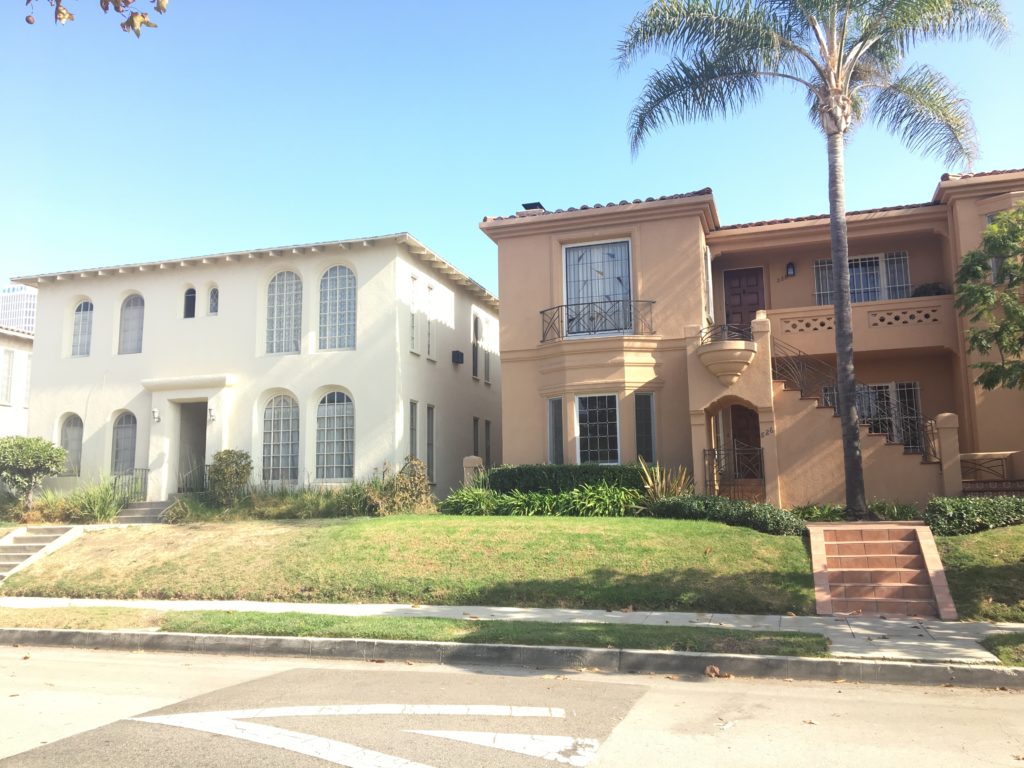 Get ready: by the end of the decade, Los Angeles might build over 450,000 new homes.

This might surprise many readers. Have YIMBYs hypnotized the L.A. City Council? Not quite. Every eight years, cities are required under state law to update their housing elements, a planning document that assesses a city’s housing needs and sets a strategy for accommodating new housing at all income levels.

Historically, many cities found ways to avoid creating housing elements that would actually lead to more homebuilding. But ahead of this housing element cycle, which starts in 2021, new laws were passed to beef up compliance and enforcement.

Thanks to your advocacy, the state gave Southern California a historically high goal of over 1.3 million homes, and local officials allocated most of that target to coastal cities with good access to jobs and transit. In particular, Los Angeles was assigned a target of 456,000 new homes, which, if achieved, would increase the housing supply by 30%.

Now, cities across Southern California are beginning work on their housing elements. Abundant Housing is proud to be serving on L.A.’s housing element task force, alongside more than 60 other community stakeholders.

We’re committed to supporting a housing element plan that equitably achieves L.A.’s housing production target. A few months ago, we shared policy ideas for the housing element that we think will improve affordability, environmental quality, and transit access throughout L.A.

One of the first steps towards that goal will be deciding how to allocate housing targets across L.A.’s neighborhoods. Abundant Housing recommends allocating most of the housing target to wealthy, high-opportunity neighborhoods, and to neighborhoods with good access to transit and jobs. We support this approach because:

This is why Abundant Housing, together with our friend Dario Alvarez and his colleagues at Pacific Urbanism, have created the FAIR Plan.

Under this methodology, each of Los Angeles’ community plan areas (CPAs) is scored on a 100-point scale, based on 3 major factors and 4 minor factors.  CPAs with higher FAIR scores are allocated a higher share of the city’s housing target. The dashboard of interactive maps below provides more detail on how each CPA scores under the FAIR Plan (you can also take a closer look here).

Let’s use Westwood and West Adams as examples of how the FAIR score is computed:

To achieve these goals, the FAIR Plan allocates affordable housing across CPAs based on median income and patterns of segregation. In historically disadvantaged CPAs, a higher percentage share of the total housing growth target would be affordable housing. But higher-income CPAs with a history of exclusion would receive the largest number of affordable homes (since they have the highest total FAIR Plan targets overall).

Overall, 65% of the RHNA allocation would be distributed to CPAs on the Westside and in the Valley.  South LA and the Eastside would receive just 14% of the city’s housing target.

Ultimately, Abundant Housing believes that the FAIR Plan furthers the goals of the Housing Element Task Force, and that every resident of Los Angeles will benefit from: 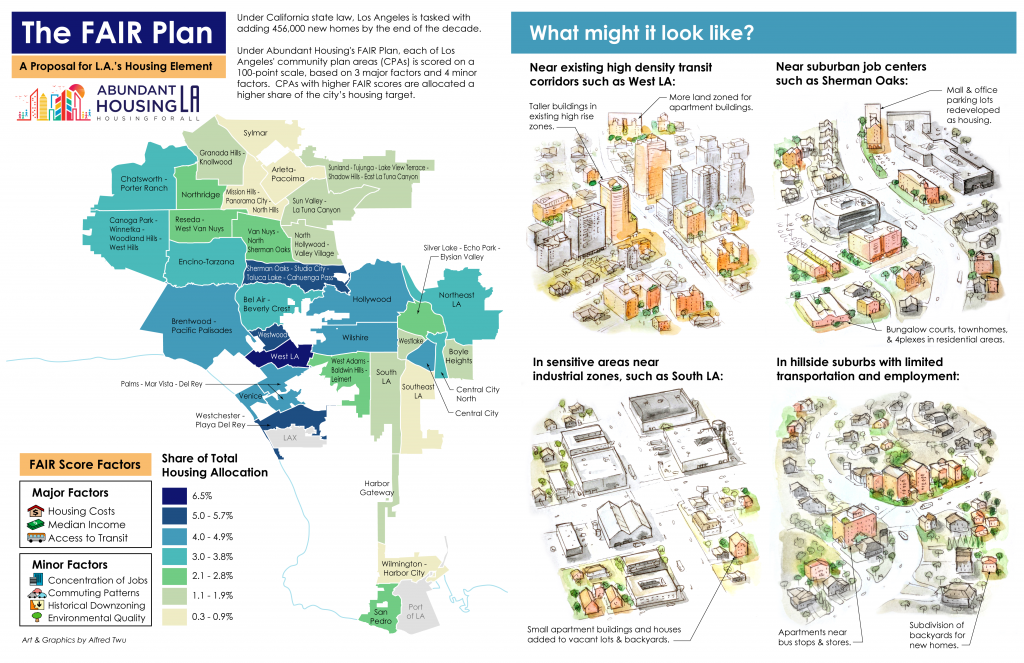 Transforming L.A. Through the Housing Element

by Anthony Dedousis | Oct 9, 2020
By this time next year, Los Angeles may be on a path to fixing its housing shortage and becoming a more affordable place to live. That’s because state law requires every city in California to create a strategic plan for achieving a citywide housing growth goal. Under this plan, called a housing element, city planning […]