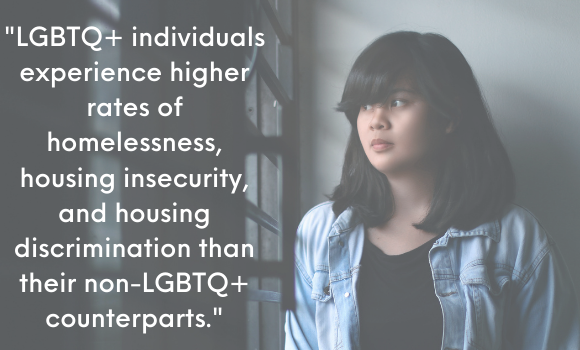 For many in the LGBTQ+ community, affordable housing issues are especially personal. LGBTQ+ individuals experience higher rates of homelessness, housing insecurity, and housing discrimination than their non-LGBTQ+ counterparts. It is therefore crucial to ensure that there are housing resources for LGBTQ+ individuals to create a safer and more equitable Los Angeles.

People in the LGBTQ+ community are more likely to lack safe, consistent housing circumstances. This is due to a combination of factors, like being forced to leave home because of their gender or sexuality. According to True Colors United, “it’s estimated that about 7% of youth in the United States are LGBTQ, while 40% of youth experiencing homelessness are LGBTQ.” Furthermore, according to a recent study by Chapin Hall at the University of Chicago, “LGBTQ young people are 120% more likely to experience homelessness than non-LGBTQ youth.” A recent study by UCLA found that “LGBT people are more likely than non-LGBT people to be poor, to be renters, to have unstable housing, and to be homeless.” Clearly, the housing crisis particularly affects LGBTQ+ folks, and strong policy solutions are a huge part of fixing the issue.

Lack of access to secure housing can lead to even more violence toward LGBTQ+ people. Rates of physical and sexual violence while unhoused are extremely high, and LGBTQ+ individuals are especially vulnerable. According to a study by the University of Nebraska, LGB adolescents “were more likely to report sexual victimization on the streets (58.7%) than were heterosexual adolescents (33.4%).” In this way and many others, housing insecurity directly impacts the safety and wellbeing of Los Angeles’ most vulnerable residents.

Many LGBTQ+ individuals report being turned away from shelters due to their identities. According to the 2015 U.S. Transgender Survey, 19% of respondents report being physically attacked and 17% being sexually assaulted in homeless shelters because they were transgender. According to a study by the National Center for Transgender Equality and the National Gay and Lesbian Task Force, almost 30% of transgender respondents have reported being turned away from a shelter due to their gender identity. This makes it extremely important to provide LGBTQ+ people with LGBTQ-friendly housing opportunities and other specific resources. There are many such organizations in Los Angeles already, like the Los Angeles LGBT Center.

When examining the housing crisis, it’s imperative to understand how the issue affects communities differently. With this knowledge we can design more effective solutions and support the organizations who are providing direct housing resources to people in need. 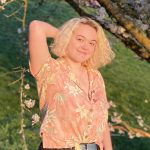 Deprecated: WP_Query was called with an argument that is deprecated since version 3.1.0! caller_get_posts is deprecated. Use ignore_sticky_posts instead. in /home/485901.cloudwaysapps.com/znnubwmssm/public_html/wp-includes/functions.php on line 5495