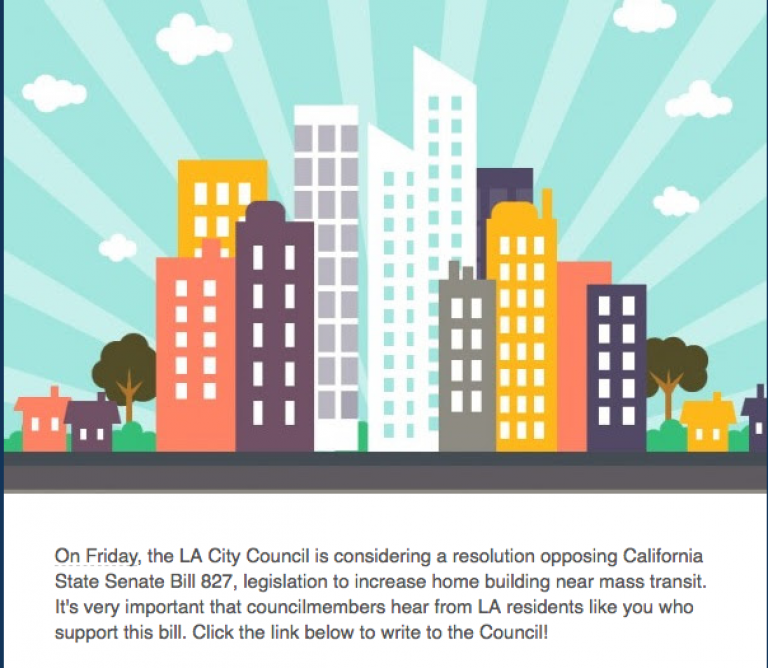 This week we activated our members to write the Los Angeles City council against a motion that would put the City in opposition to SB 827. Today we sent a longer letter explaining why SB 827 is a good bill for the state and for LA. AHLA letter on city of LA 827 motion

We argue that the trade-off of a small amount of local control over a few aspects of zoning is worth it for a bill that would help add homes near transit and strengthen tenant protections.

We gave 8 reasons why we support Sb 827, and why the City of Los Angeles should too. They are elaborated on in the link above.