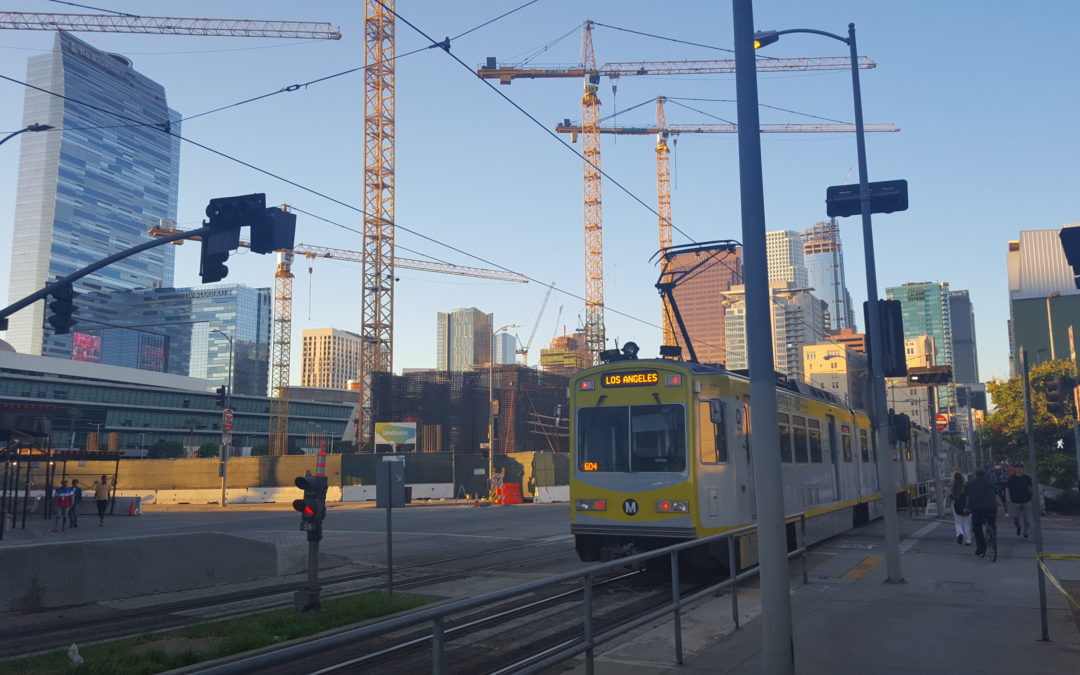 Are you a member of Abundant Housing LA yet? Join our mailing list for affordability-related news and weekly action alerts that help increase the diversity of housing choices available to Angelenos.

We’re introducing a new feature here at Abundant Housing LA: quarterly updates on housing production in the City of Los Angeles. Our first edition goes through the third quarter of 2016, ending on September 30th.

Huge kudos are due to the Mayor’s office for creating the position of Chief Data Officer, a role held until late 2015 by Abhi Nemani, who brought Los Angeles’ open data rating to #1 in just one year. Transparent data is critical for government accountability and the ability of organizations like ours to track progress on important goals like housing production and affordability. So, first and foremost, credit where credit is due.

As this is the first installment in our quarterly housing update, we strongly encourage readers to provide feedback. Is there a data-set we should be using that isn’t reported here? Can the presentation of data be improved? We’re open to your recommendations and we intend for these updates to improve over time based on your input.

With that said, let’s jump in. The first chart we’ve got for you summarizes total annual housing production since 2013, which is the starting date for the data at the city’s website. You can find the data-set here.

Since 2013 we’ve permitted over 10,000 units per year, with total permitted housing climbing through 2015 to 16,700. We’re at 11,900 permitted units through September 2016, which puts us on pace for approximately 15,900 units by the end of the year. That’s a purely linear projection based on activity over the first 9 months of the year, so it’s entirely possible that it could either accelerate or slow down before the year is over.

For the curious, the following table includes all the data found in the above chart.

This chart really highlights how dependent the city is on large developments to provide the housing it so sorely needs. One of our goals at AHLA is to find ways to improve and streamline the housing development process for small and mid-size projects, which are often a source of more affordable units.

Don’t break out the bubbly yet though. We’re slightly ahead of schedule, yes, but there are significant headwinds approaching. For one, we’re 8 years into an economic recovery in a country where recessions typically occur every 10 years or less. We’re due for a dip in the development cycle, too, so we may find that 2015 was the peak for housing production in Los Angeles during this cycle. If that’s the case, w’ll come to regret not building more while times were good.

There is also uncertainty about the impact of the now-approved Proposition JJJ on overall housing development. If the Neighborhood Integrity Initiative (now Measure S) passes this March then virtually all housing construction will grind to a halt, and we can kiss this target goodbye. And we’ll leave it to your imagination what president-elect Trump might mean for urban housing and affordability.

We should also question whether 12,500 units a year is even a sufficiently aggressive goal. The California Legislative Analyst’s Office has said that LA County has under-built housing by 35,000 units per year for the past 30 years—a shortage of 1 million households, relative to what we should have built in order to limit housing price increases to the same level as the rest of the country. (Note: the development numbers reported in the above charts refer only to housing within the city of LA, while the million-household backlog is spread throughout the county.)

Despite references to LA’s “housing boom” in news and opinion pieces around the region, housing production in Los Angeles has been at a trickle by historical standards, with growth rates of less than 1 percent per year. It’s extremely unlikely that 12,500 units a year will be enough to make housing more affordable, or even enough to stabilize prices at current levels. Demand is simply too high, and the backlog is too great.

Abundant Housing LA is working on its own research to identify a housing production target that would actually achieve the goals of stable housing prices and increased low- and moderate-income housing, so stay tuned for future posts.

This is the first installment of our quarterly housing update, and we welcome your input on how to improve it for future editions. Also, don’t forget to join our mailing list for weekly updates and direct actions that will help us to increase choice and improve housing affordability in LA.