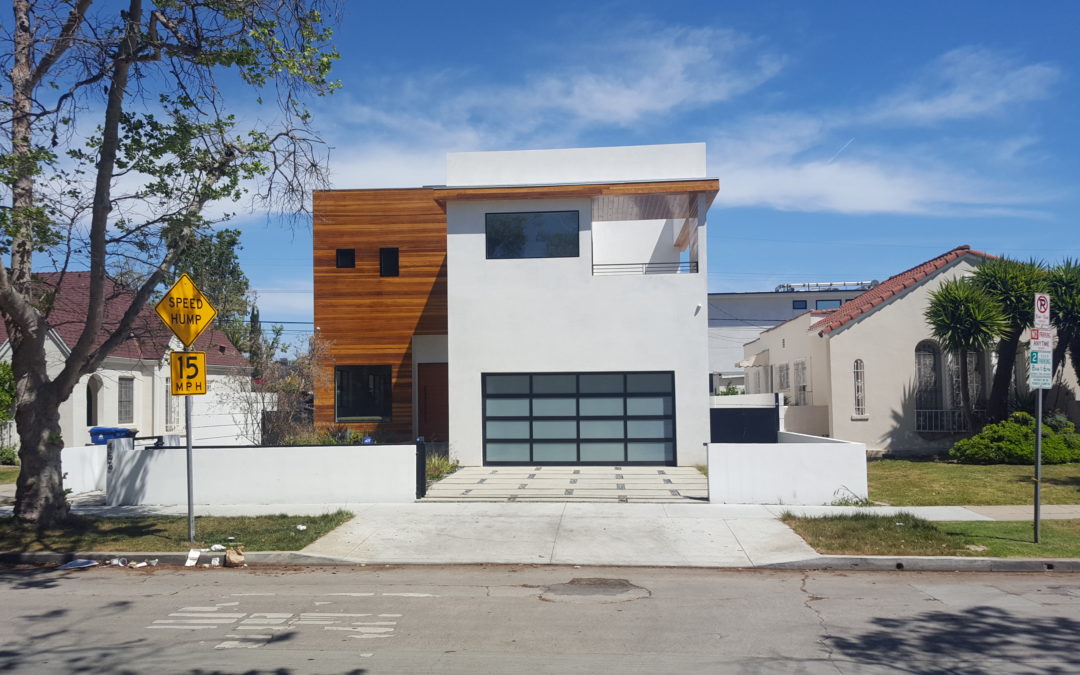 This is where dig into public City of Los Angeles data every 3 months to figure out what’s really going on in our housing market. How much housing are we permitting and building? How many of our new homes are single-family, large apartment/condo buildings, or “missing middle” housing? And how are we doing on Mayor Garcetti’s goal of building 100,000 new homes in 8 years? Where is the market headed?

In these updates we look at building permits (link above), which are an indicator of imminent construction activity, as well recent openings as measured by Certificates of Occupancy. You can read about our methodology for analyzing the data at the bottom of the post.*

Building Permits
For this post we’re looking at numbers through December 31st, 2017, the latest full quarter for which data is available. First up is a snapshot of overall permitting activity through 2017. As you’ll see, permits landed between the last two years, at about 15,500 units:

Here are the numbers behind the chart:

Next we break down the units per building, looking specifically at what share of total permits are for projects with at least 50 units. As with total unit counts, building sizes are similar to those of the last few years. Interestingly, the largest projects (with 200 units or more) have represented a continuously declining share of permits since 2014.

We raise these points because we want to make it clear that having fewer CoOs than building permits (which is what we see below) is not a failure on the part of the City. It’s what we’d expect when development activity has been growing, and it’s mostly out of the City’s hands whether building permits lead to real, on-the-ground construction. They almost always do, of course, but it’s not a guarantee.

Within this time frame 2015 had the most building permits, so we should expect to see many of those units coming online in 2017 and 2018. We’re behind what we might expect for Certificates of Occupancy in 2017, unfortunately. We will need to wait until the first few quarters of 2018 to really know what’s come of that (relative) flurry of permitting in 2015.

Next is the data underlying the above chart. We would hope that the pace of openings would be greater than in 2016, but that’s not the case. In fact, we didn’t even open as many units as we did two years ago, in 2015:

And last, we’ve repurposed our “progress” chart for Certificates of Occupancy rather than building permits, and our progress suddenly doesn’t look so impressive:

Did you pick up anything else from the data? Let us know in the comments, and join us on Facebook and our mailing list to keep the conversation—and our advocacy—going strong.

This change resulted in about 150 fewer single family homes in our calculations in previous years, and approximately 1,000 fewer single family homes in 2017. The jump in 2017 appears to be a result of recent changes to state and City law that permit the construction and conversion of accessory dwelling units. Since most of these ADUs appear to be legalizations of existing structures, we believe it’s fairer to not count these as “new” housing even though it’s great to see these homes being inspected and coming out of the informal housing market.