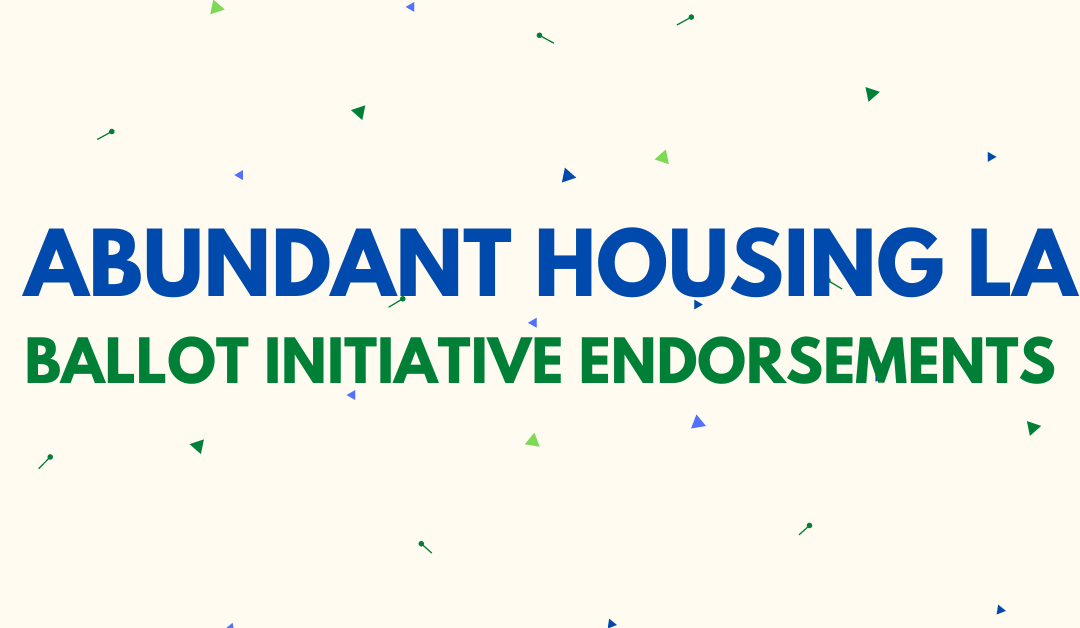 This November, Angelenos will cast their votes for Congress, the California Legislature, city council, judges, county officials, and (of course) the most consequential presidential election of our lifetimes. They will also have the opportunity to weigh in on twelve state ballot propositions and a county measure. These initiatives are part of California’s system of direct democracy, offering Californians a yes or no vote on various issues.

Some of these initiatives involve housing policy, which is why Abundant Housing LA has endorsed:

Proposition 15 would reform California’s property tax system, eliminating a major tax break for commercial and industrial real estate and raising an estimated $11.5 billion per year in new funding for schools and local governments.

Currently, property owners pay taxes based on the price they originally paid for the real estate, not what the property is worth today. This provides a massive, unjustified tax subsidy to longtime property owners. Prop 15 would create a “split-roll” system, where most commercial and industrial real estate would be taxed based on its market value, while residential property taxation would be unchanged.

We believe that Prop 15 will mitigate the housing crisis in two major ways. First, by eliminating corporate property tax loopholes, it will encourage new housing production on urban infill sites that are often vacant or underutilized. Second, it will generate billions in new local funding for affordable housing production and preservation. According to the Yes on 15 campaign, 92% of this new funding would come from just 10% of California’s commercial properties, including properties owned by major corporations like The Walt Disney Company.

Proposition 19 would tweak the rules for residential property taxation, limiting one difficult-to-justify tax break, but expanding another one. 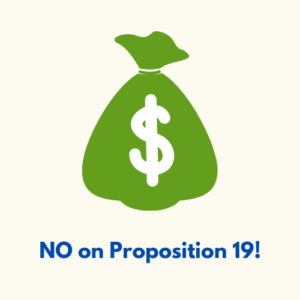 Prop 19 would expand tax portability, causing it to apply to cases where a new home costs more than the selling price of their old home. This means more homeowners would be able to take their property tax breaks with them when they move, which would reduce property tax revenue and generally benefit wealthier homeowners.

However, Prop 19 isn’t all bad – it would also limit a tax break for inherited property. Currently, children can inherit their parents’ primary residence while continuing to pay tax on the property based on its original purchase price. This applies even for high-value homes, rental properties, and vacation houses. California is the only state that allows this.

Under Prop 19, children would only be eligible for the tax break if the inherited home is their primary residence, and the tax break would only apply to the first $1 million of property value. More expensive properties, like Jeff Bridges’ inherited house in Malibu, would be taxed based on their current market value.

We would like to see the inheritance loophole closed, but not at the cost of creating another property tax loophole. Rather than tinkering around the margins of a badly flawed property tax system that benefits longtime homeowners and punishes new ones, it would be better to reform Prop 13 altogether. Abundant Housing LA encourages a NO vote on Prop 19. 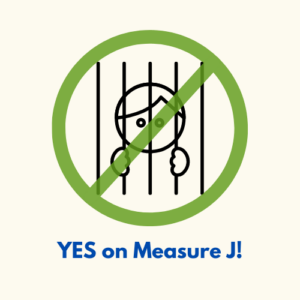 The nationwide protests against police brutality and racial injustice have highlighted the need for major reforms in policing and the justice system, as well as the need to reverse decades of disinvestment in lower-income communities and communities of color. Among other worthwhile community investments, Measure J would help finance affordable housing production and preservation. This would expand lower-income households’ access to quality housing.

And with the L.A. County Sheriff’s Department involved in frequent scandals and accused of major abuses of power, it’s more important than ever to shift funding towards more uplifting ways of maintaining public safety. Measure J funds cannot be spent on the Sheriff’s Department, District Attorney’s office, Probation or Superior Courts.

For these reasons, Abundant Housing LA encourages a YES vote on Measure J.