Post-COVID-19, another killer may return 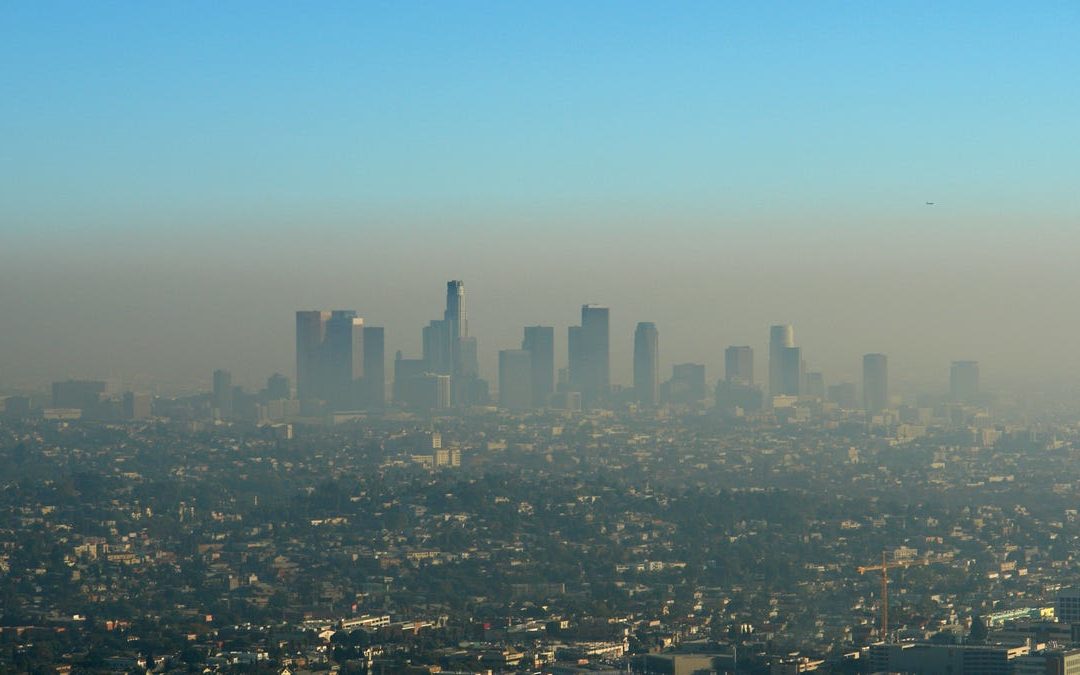 Car traffic is low. The air is crisp and clean, and I’m consumed with guilt. I now fully appreciate how poisonous and harmful the air my family has been living in, the air I’ve been raising my kids in.

When I was pregnant, I traveled every day in a long car commute to my job in a smog-covered part of Los Angeles. At the time, I worried about every food, drink, and substance I put in my body, in case it might have a chance of even slightly harming my baby. After she was born, I struggled to pump breastmilk at my job because breastfeeding may improve IQ by 3 points.

Meanwhile, I was exposing her to the air of the most polluted city in the US, even though car pollution can cause intelligence reductions equivalent to losing an entire year of education.

But it was easy to dismiss the slightly-brown air at the time, not knowing what clean air is really like, and not wanting to give up my car travel to the inconveniences of LA’s transit network. Now that the air is clean again, it’s easy to see how much damage I was doing.

The Coronavirus pandemic is a terrible health crisis, but by cutting car trips it may actually be saving more lives than it takes. Together, traffic fatalities and illness from air pollution cause over 2,500 deaths per year. This is not to argue that the Coronavirus is a good thing; only that our sprawl-oriented status quo is deadly. 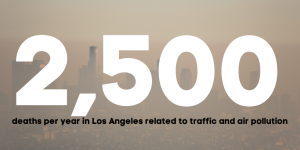 And that deadliness is far worse for low-income families and people of color. Urban sprawl creates segregated, higher-income communities away from polluted highways. Those residents then commute (in gridlocked traffic) through lower-income communities, polluting the air of those not fortunate enough to be able to buy a single-family home in a low-density, high-income neighborhood. Worse, owning and maintaining an automobile is so costly, that it is a financial burden to low-income families. For many who cannot afford a car at all, our insufficient bus and rail network offers often long commutes that take up time they could be spending with their families, compounding the issues that create inequality

Suburban sprawl, deeply harmful to our cities’ health and deeply inequitable, is the cause of the car dependence and long-commutes that taints Angelenos’ air, poisoning ourselves, our children, and our neighbors. And urban planning that spreads out low-density housing, forcing people to travel on roads to get to their destinations, makes sustainable mobility impossible.

In an April 26th Op-Ed, Joel Kotkin argues that sprawl is “saving lives” in the midst of this pandemic by spreading out density, despite the fact that each year previously, thousands of lives were lost due to the effects of sprawl. And he ignores the fact that the Coronavirus is more deadly to those who have been exposed to the air pollution from sprawl.

He’s correct, though, that sprawl is “infuriating” to me. Traffic fatalities are the leading cause of death for children. And for those who are not directly involved in an accident, each one of them still suffers the health effects of a city filled with smog. It’s outrageous to live in a city that devalues human life and safety to the degree that makes it impossible to safely carry a pregnancy or raise a child. Everyone should be infuriated.

Sprawl is creating a larger crisis, one even worse than the Coronavirus pandemic: climate change. Transportation is the largest source of California’s GHG emissions, a direct consequence of sprawl, car-centric urban planning. If we continue to build out sprawl, our children and future generations will suffer the serious consequences. They will blame us for making these decisions while understanding the severe threat of climate change and environmental destruction.

Enough is enough. Our car trips are not worth more death and suffering once this pandemic is over. We need to make blue skies permanent by ending sprawl, building more homes in urban areas, and building out transit and bike infrastructure. And no, electric cars will not save us. Electric vehicles produce large amounts of harmful pollution from brake and tire dust, and are carbon-intensive to manufacture. For those that must drive a car, electric vehicles play a role, but larger change is needed to undo the environmental damage of sprawl.

And fortunately, transitioning from cars to walking, biking, and transit actually improves our health and happiness. Living near people in a diverse community is good for us–and this long period of isolation is proving how crucial it is for our physical and mental health to live among communities of people, instead of isolated in our cars in sprawly, low-density, segregated neighborhoods.

POSTPONED to the 16th!

The worst decisions made in shaping LA are still with us! Segregation, bad air, traffic, impossible rent. Join AHLA Education Director Luke Klipp to learn more in this crash course on LA's housing history and what we're doing to build a more equitable, sustainable region (and how you can too!).