RHNA – The Best and Worst 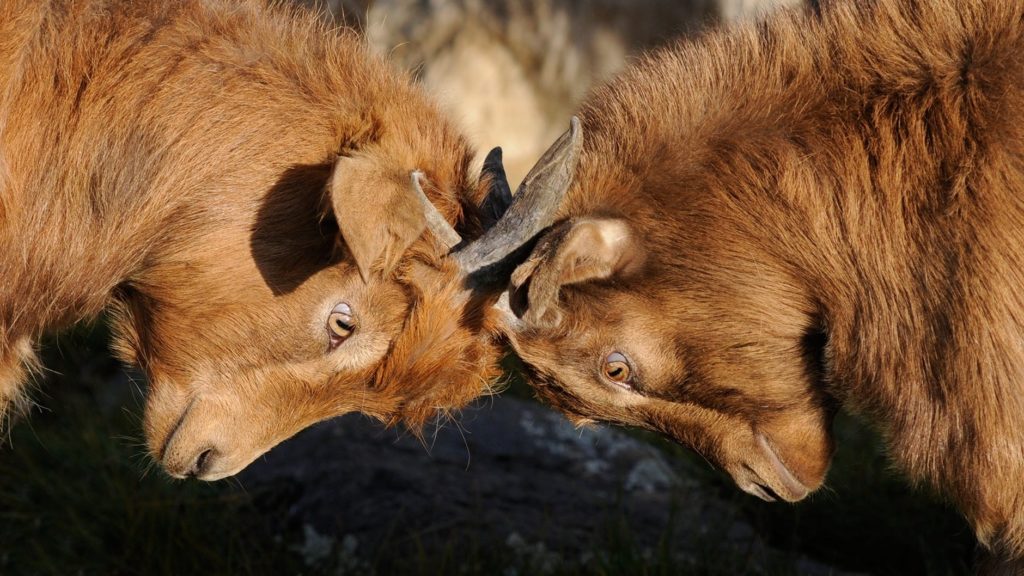 We have a housing crisis and no single city, acting on its own, can fix it. Why don’t we just give each city a housing production target to reach at different income levels and then let them figure it out?

The Regional Housing Needs Assessment process is designed to make sure all the cities in our region are meeting people’s housing needs and preventing a housing crisis. The Southern California Association of Governments (SCAG) administers this process and calculates our projected and existing housing needs, and then divvies them up to cities and jurisdictions in the region. Through this process, SCAG makes sure everyone is doing their part to meet residents’ housing needs.

Obviously, the process hasn’t been working!  We have a severe housing deficit, driving up prices, displacing people, and forcing others into homelessness. On top of that, greenhouse gas emissions from car travel continues to rise, since SCAG continues to promote suburban car-dependant sprawl.

Abundant Housing LA wants to recognize the participants in this process who have stood up for housing and for the future. And we will also recognize those who have fought to preserve the status quo, directing us deeper into the housing crisis.

Don’t forget to use this poll to cast your vote for the #1 best and worst on RHNA! 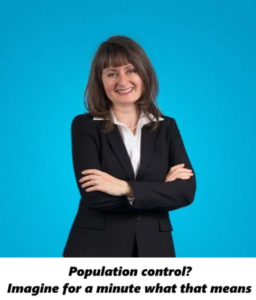 Culver City has been an unquestioned leader in the SCAG RHNA process. Time and time again, the Mayor of Culver City, Meghan Sahli-Wells, has spoken up to challenge SCAG’s attempts to minimize housing requirements.

Culver City has also displayed a sophisticated understanding of the issues involved with RHNA. In their letter to SCAG on the allocation process, Culver City called for a methodology that concentrated housing targets in areas with high costs, near jobs, and near transit, despite the fact that these are all metrics which will create a higher housing target for Culver City. Instead of portraying housing as a negative punishment to be avoided, Culver City recognized the benefits of housing density in furthering housing affordability and environmental goals.

By changing the conversation at SCAG, Culver City has become a model and leader in how a city can embrace housing instead of fighting it.

“You can’t go outside of this building and say, “I voted against the state’s recommendation to build more housing in my community.” the Mayor told SCAG at the recent Regional Council Meeting, before voting as one of only two SCAG members to support the 1.3 million Regional Determination. 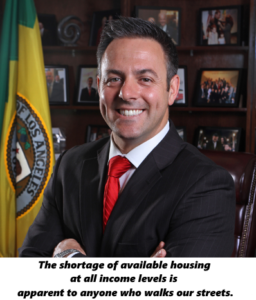 The City of LA, facing some of the worst effects of the housing crisis, recognized the need to plan for more housing in the region long-term and hold all jurisdictions accountable.

A State Assemblymember, not serving on the SCAG Regional Council, but nevertheless representing a SCAG district, became a RHNA hero by sending his opposition to the methodologies proposed by SCAG. 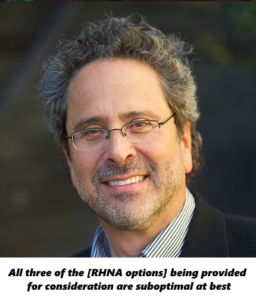 Richard Bloom’s own bill, AB 1771, mandates objective criteria for the RHNA process and requires it to promote dense infill development near jobs and transit, in order to achieve social equity, housing justice, and environmental progress.

It turns out, this bill was extremely necessary. Bloom had the foresight to anticipate that bodies like SCAG would do everything they could to push housing out into the environment via sprawl. Because of his bill, SCAG is being held to a higher standard.

When SCAG ignored his law, he sent a strongly-worded letter explaining their lack of compliance. He stated the decision “will have a significant impact on how our State and local communities address our housing crisis.” Here’s hoping SCAG follows state law and fulfills their obligations.

Paavo Monkkonen, UCLA professor and member of the SCAG RHNA subcommittee, was often the lone voice explaining basic principles of housing planning. Straightforward facts, including that zoned housing capacity must be much greater than production targets, were brought up again and again to resistant ears. 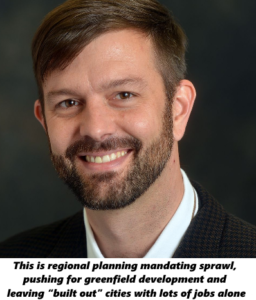 Professor Monkkonen identified the missing criteria from the SCAG RHNA allocation and crafted a better methodology proposal. And he was able to get more than 27 housing academics to join his letter on the RHNA process.

“For too long, California’s fair housing law and regional planning process has been a paper exercise. A process of aggregating the preferences of cities is not regional planning, and if SCAG continues to assign housing needs as they have in the past not only will it fail to accomplish goals of furthering fair housing, promoting sustainable infill development, and accommodating people of all incomes in the region, but it will also mandate housing sprawl and unfairly burden the least well off cities in the region.”

The American Planning Association California Chapter starts out by explaining the correct objectives and perspective for the RHNA process: “The ever-deepening housing crisis emphasizes the need for sound planning decisions throughout the state that will (1) accommodate projected growth by identifying and making available adequate vacant and redevelopable sites for all forms of residential development, (2) support higher densities in infill areas linked to transit and infrastructure, and (3) discourage practices that depress housing production or encourage sprawl.” In a follow-up letter, APA California Los Angeles succinctly explains how local inputs should not be a factor in RHNA: “Rather than relying upon local inputs, we encourage SCAG to use a regional planning lens to inform RHNA methodology. Local inputs on household growth assume current zoning. Many jurisdictions in Los Angeles County proximate to jobs are “built out” under current zoning and therefore may have relatively low projected household growth. Thus, we believe use of local inputs to inform RHNA allocations may undermine regional environmental, social equity, and housing goals.” 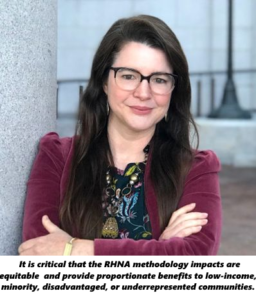 What this means is that the professional association of city planners are recommending best practices on RHNA that differ dramatically from what many city planners in high-cost cities are requesting and what SCAG itself is recommending.

Imagine if the American Medical Association issued best medical practices and most hospitals and physicians chose to do the exact opposite. That is the backward situation that we have going on with RHNA.

The following submitted letters supporting objective factors in RHNA distribution methodolology, and deserve to be recognized as well:

Tasked with the massive responsibility of planning for current and future housing, SCAG abandoned this duty and decided to consistently stick with the safe status quo.

The first abandonment of their responsibility to get us out of this housing crisis was when they voted to reduce an already shockingly insufficient housing regional determination of 660,000 to 430,000. The SCAG Regional Council chose to eliminate the factor of current housing needs, based on rates of rent-burden and overcrowding, essentially choosing to ignore the people currently suffering the effects of the housing crisis. They chose to only plan for projected growth, which is essentially choosing to pretend there is no current housing crisis. There is no possible justification.

When the Governor, through HCD, came through and raised the regional housing number, SCAG nevertheless voted 47-2 to object to it. SCAG’s approach of treating housing like punishment explains why we are facing this housing crisis. They are directly responsible.

In past RHNA cycles, SCAG dramatically underplanned for housing, famously giving Beverly Hills only 3 units of housing to plan for. Without the governor’s intervention, this RHNA cycle would have been doomed to be more of the same.

SCAG also recently moved forward in the allocation process with a modified version of the option that received the least support from public letters. And they modified that version to increase the importance of “local input,” which essentially bases housing targets on what cities have already planned for. This guarantees that problematic past housing practices will be continued, and that cities that have chronically underplanned for housing will not have to plan for too much  more. 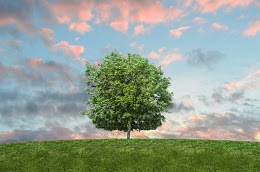 Instead, Mark A Towne writes to SCAG: “”The formula for existing housing need results in unrealistic housing targets.” In effect, saying that our existing housing deficit is so large that it’s impossible and the housing crisis should be ignored. “Such a significant increase in the regional housing target places an unrealistic burden on local jurisdictions,” he writes later. Nowhere is the burden of the extreme lack of housing on existing residents and families mentioned. Only concerns about the burden to the City.

Our housing crisis requires cities to execute extraordinary levels of work and change before we can make progress. It may be a burden, Mr. Towne, but it’s your obligation. 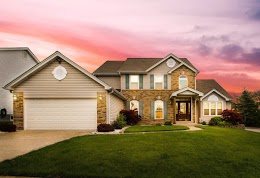 Conal McNamara of the City of Whittier wrote to SCAG to say basically, Whittier is zoned for single family homes, so we cannot comply with RHNA. “Remaining areas of the City are largely single family residential. … Owners of these parcels purchased in the suburban setting they prefer and are, therefore, unlikely to drive land use change and densification on those parcels.”

Whittier is facing a severe homelessness crisis and is considering declaring a state of emergency. A “zero tolerance” criminalization approach to homelessness is currently being considered. Despite these extreme conditions and potential human rights abuses, the idea of simply upzoning single family homes is off the table, just because single family homeowners might have a preference for lower density. 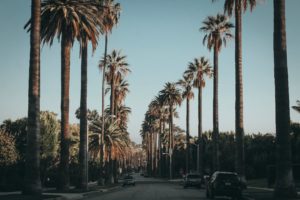 John Mirisch, the mayor of Beverly Hills, claims to be an affordable housing advocate and attended several SCAG meetings to complain specifically about YIMBYs and pro-housing advocates.

Calling those who support the end of exclusionary zoning “urban supremacists,” he suggested at a SCAG hearing that opposing exclusionary policies in wealthy single-family neighborhoods is akin to white supremacy. This, despite the fact that most of the volunteers giving in-person testimony from the YIMBY perspective at the SCAG meeting were people of color.

Now tell us who we should pick as #1 best and worst on RHNA using this poll!