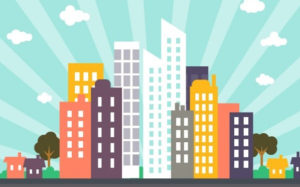 Recently, thanks to SCANPH and the wonderful housing podcast “Gimme Shelter,” we had the pleasure of listening to two key figures in our state’s battles over housing debate each other. The participants were:

1) Scott Wiener, author of the very much discussed Senate Bill 50

2) John Mirisch, the mayor of Beverly Hills and someone who we recently profiled in our write up of the RHNA process.

The two had substantive and respectful debate on everything from single-family zoning, SB 50, Prop 13 repeal, and the future of growth in California. We think it illustrates how to have a good productive dialog with those who disagree, and hope it pushes forward the housing conversation here in California.

The LA City planning commission recently released its proposal for updating the Downtown LA community plan, with the main goal of eliminating parking requirements for new housing downtown. To quote from the city’s press release:

“Doing away with parking minimums for future projects would free up land for housing, commercial uses, and open space. Downtown sits at the confluence of the region’s transportation network — a hub for rail, bus, and other forms of transit. Nowhere is the diversity of alternatives to car travel more evident than in this urban core. Today, bike share, localized bus services, shuttles, and scooters offer faster — as well as more convenient and affordable — alternatives to paying for parking.”

Simply put: We couldn’t agree more! We applaud the proposed changes, and hope to see the city moving even more strongly to house people, not house cars! We hope LA will eventually follow in the footsteps of San Diego’s city council, who voted to eliminate all parking requirements within half-a-mile of transit stops.

One of the key aspects of our recently released policy agenda is for LA County to plan and zone for more homes (include anchor link to policy agenda?). One key mechanism that has been proposed to do so is repealing Prop U, the1986 ballot measure that significantly reduced the allowed floor-area-ratio (FAR) and the allowable development in land across LA. UCLA Professor Paavo Monkkonen and Kate Traynor have written a policy brief that outlines how repealing this measure could greatly help our city become more affordable and sustainable without any negative impacts on existing property owners.

Liam Dillon of the LA Times has done excellent reporting on the housing crisis here in California, including with a specific focus here in LA. However, most of his reporting has been done from Sacramento, with a focus on the state capital. Within the past few months, he moved back to report on the view from the ground in LA.

Immediately he was smacked in the face with reality: it’s nearly impossible to find a good deal as an outsider moving to LA. He details his story in his most recent LA Times piece.

It illustrates one of our core principles here at Abundant Housing LA: we need a housing market that works for all residents and provides affordable housing at all income levels. When we compete with one another for limited and unaffordable units, we all lose. When our city produces enough housing for all, we all win.