The housing crisis won’t fix itself 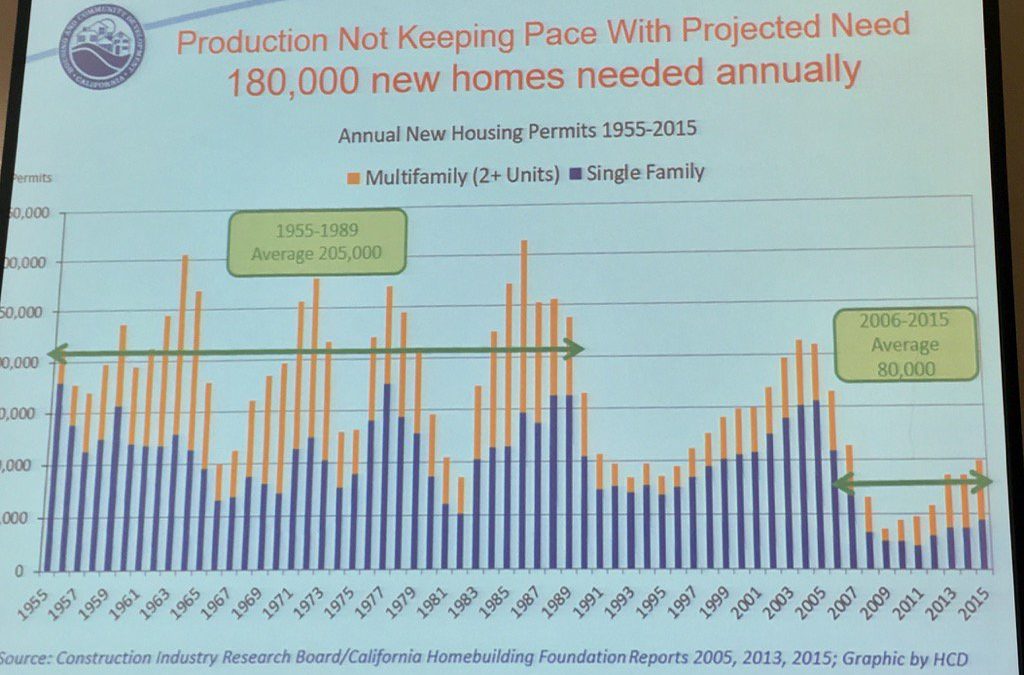 When LA city and county voters voted overwhelmingly for investments in transit and affordable housing, and against Measure S’ restrictions on new homes, we noted the momentum that these victories would give to advocacy for more homes in LA. We still believe that there is a new pro-housing majority in Los Angeles. We can’t, however, rest on our laurels and assume that we will magically get more homes and lower housing costs.

Without continued pressure, it will be easy for LA to slip back to a status quo in which it was very difficult to build or invest in homes. Politics and policies around housing reflect decades of slow-growth assumptions. Many public officials and private interests either have a stake in maintaining this disfunction, or will need encouragement to shift into a more pro-housing frame of mind. We need to be bold and strategic to change the dialogue around housing and development, and the rules that govern how homes are built and regulated.

Abundant Housing LA is still optimistic that we can make a difference. We are establishing local teams of members and supporters who can advocate for good proposed housing developments in specific places. This will help us work towards the vision we laid out just after Measure S of “more housing, neighborhood by neighborhood” But in this post we want to highlight troubling signs that LA is stuck in old ways on housing.

We just posted housing permit numbers for the City of Los Angeles for the first quarter of 2017. While 3 months of data isn’t enough to predict the annual trend, the numbers aren’t great, nor terrible, when compared to the past couple of years. As we have argued before, the baseline rate of home building in LA is too low to meet population growth, so whether it ticks up or down, it is still insufficient. The graph below shows that our housing challenges are part of a state-wide trend in which out “housing booms” create the same amount of housing as was built in “housing crashes” in earlier decades.

The recent decline in permits for small multifamily apartments of 2-49 units is somewhat troubling given their traditional role in providing more affordable homes. Units permitted in early 2017 were proposed and entitled months or years earlier, so we’re not yet seeing the results of any recent shifts in policy or trends. We have heard anecdotal claims that the number of homes proposed in the City of LA has dropped in 2017, which could be the result of uncertainty over Measure S and/or the impacts of Measure JJJ. We will try to see if there has indeed been a decline in new applications.

Housing for the homeless facing barriers

It is too easy to stall, shrink and stop new housing

While we dodged Measure S’s ban on developments that need planning changes, many individual market rate and mixed-income housing developments in LA are still being slowed, shrunk or stopped. Abundant Housing LA is following and supporting several projects where local opposition is leading to delays or to proposed developments being reduced in size. This cuts the number of new homes and sometimes completely eliminates affordable units sought under density bonuses.

Community and specific plans are aiming too low

One good thing that came out of Measure S was a commitment by city leaders to speed up updates of old community plans. The City of LA is also working on transit neighborhood plans. Updated plans can potentially help expand the number and diversity of homes in LA. Plan updates can increase the number of new homes that can be built by “up-zoning” in the right places. More modern zoning with reduced parking and more realistic dimensional and design standards can also mean that more new developments can proceed without needing to seek variances, which slow down projects and can open them up to more lawsuits and political fights. As specific plans, transit plans can “pre-clear” developments in the area through the overall plan Environmental Impact Review- which means that individual projects won’t have to go though a lengthy environmental review.

Unfortunately, most plans that the city is currently updating or creating are aiming for too little new housing to make a significant dent in our housing shortage. Most community plans in the process of being updated provide just enough new space for anticipated population growth, but do little to address past under-building and LA’s existing housing crisis. There are also moves to continue piecemeal down-zoning of LA in places like Silverlake and Echo Park.

One way you can help ensure that plans make space for more homes is to attend our May 25 general meeting, focused on the the Downtown LA plan updates. Los Angeles is not the only local city being too cautious in their planning. Our friends at Santa Monica Next are encouraging Santa Monica to allow more in this draft downtown plan.

California Governor Jerry Brown didn’t include an increase in funding for affordable housing in his 2017 budget because he wanted to first make sure that lawmakers would “cut the red tape, cut the delays, cut whatever expenses we can” that act as obstacles to new homes, especially below market rate homes.

Abundant Housing LA supports more funding and removing barriers. Locally, we are happy that the City of LA is seeking to raise more money for its affordable housing trust fund, but are concerned that the revenue source would be a $12/sf “linkage fee” on most new homes (and $5/sf fee on new commercial property). It is unclear what impact this fee will have on construction,. It exempts multi-family units of 2 to 5 units, but we worry that the added cost will hurt the rest of the small and medium size residential market.

We think it is bad policy to load the costs of new affordable housing onto the tiny fraction of properties where new homes are being constructed rather than onto society as a whole. We have encouraged the city to consider raising funds in ways that don’t add costs to home-building, such as a parcel tax.

The housing crisis won’t fix itself

We don’t want to overemphasize these warning signs. We also see some positive trends including numerous state bills to address housing issues, legalization of ADUs in more places, a wider embrace of the YIMBY label, upcoming plan updates, etc. It is clear, however, that the housing crisis won’t fix itself. We haven’t yet turned the corner to becoming a city and region that fully welcome more homes.

In a follow-up post we will try to generalize these examples to identify what one could call the main “structural obstacles” to a future with enough homes for all Angelenos. And, of course, we will continue to provide opportunities for members and allies to keep supporting more homes of all types as well as better rules.