Why Tokyo is an extraordinary exception in housing

In Los Angeles and across California, impediments to speedy and low-cost residential development are driving housing costs through the roof and leading to crises of homelessness, congestion, and inequality. Yet Tokyo – the world’s largest city, and one of its wealthiest – stands in stark contrast for its unique ability to build (and rebuild) housing at a remarkable pace. Indeed, the city is an extraordinary exception in the rich world by actually growing its housing stock faster than the growth of its population in the past three decades. Tokyo’s success in crafting policy that encourages housing construction and limits price growth bears lessons for Los Angeles and other large cities as they grapple with a decades-long dearth of investment in their housing stocks.

Los Angeles County and Tokyo both experienced very similar population growth between 1990 and 2020, with LA County growing at a compound annual growth rate of 0.56% and Tokyo’s population expanding annually by roughly 0.63%. Yet despite the comparable trajectories of their populations, the path of home prices could not be more different: in Los Angeles, home prices rose by a 3.6% compound annual growth rate over the 30 year period, according to the S&P/Case-Shiller Index, compared with essentially no change for the Greater Tokyo metropolitan area. Driving this difference is the fact that Tokyo’s housing stock has grown 2% annually in recent decades; in fact, by 2013 Tokyo actually had 840,000 more units than residents across the city. Compare this to AHLA’s estimates showing LA County is 1.7 million units short of its housing needs, including a 700,000 unit shortfall for low-income renters.

So what is Tokyo’s secret sauce when it comes to providing abundant, affordable housing for its residents? There are three primary drivers that have allowed the city to build at such a remarkable pace.

First, housing and land use policy is driven at the national level in Japan. While Japan zones land into commercial, residential, and industrial uses like the United States, standards over that zoning are set nationally, and local residents and prefectures have little power to stop development that falls within the national land-use frameworks, which were updated in 2002 to expedite residential development on commercial land. The limited role of localities in reviewing and approving zoning updates reduces the NIMBYism that plagues so many U.S. cities, providing more certainty to developers, reducing development costs, and bringing units to market faster. The national nature of land use policy also allows the central government to implement policy changes that address housing needs at a regional level, rather than each prefecture doing so in isolation.

Second, Japan’s constitution maintains extremely strong property rights for landowners, declaring that “the right to own or to hold property is inviolable.” The result is that landowners are entitled to use their land as they see fit – regardless of the impact on neighbors and neighborhoods. In contrast with the labyrinthine review and approval processes required for residential construction in most U.S. cities, Japan’s strong property rights means landowners can sell, knock down, or build new structures with relative ease. Indeed, as James Gleeson has noted, one of the most notable features of Tokyo’s housing market is the rate of knock-downs, where “roughly one home is demolished for every four new ones built.” The new builds tend to be denser than the ones they have replaced, and are one of the reasons for Tokyo’s famously eclectic neighborhoods. Walk down a street and you will find a two-story wooden cottage squeezed between mixed-use high-rises. 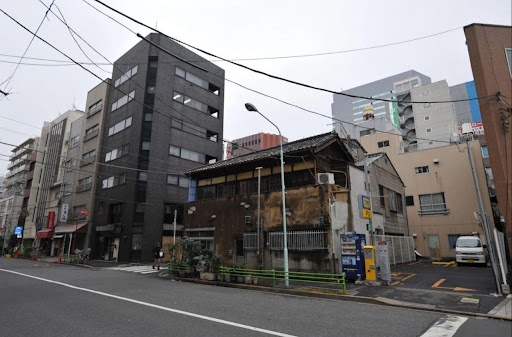 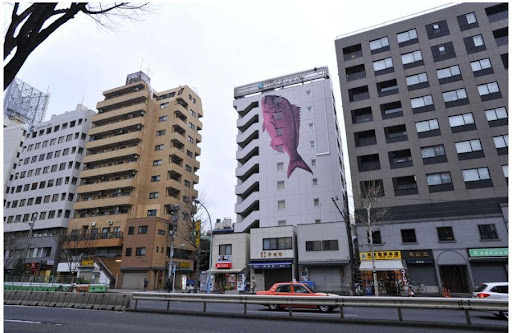 Lastly, Jiro Yoshida of Pennsylvania State University has noted how quirks in Japanese tax and building codes have incentivized knock-downs and rebuilding of housing units. A variety of tax incentives treat residential property favorably relative to commercial property, leading land use to skew toward new residential development rather than commercial or industrial development. In land-constrained Tokyo, this is highly impactful. Additionally, updates to building codes after frequent earthquakes mean that old structures depreciate remarkably fast. As the technological and legal requirements for safe structures continually ratchet up in earthquake-prone Japan, older structures lose their value very quickly and are therefore demolished and replaced with denser housing. The cumulative effect of these policies is a much higher rate of demolition and rebuilding than in most large cities.

Drive around Los Angeles and the contrasts with Tokyo’s approach are stark. Near major transit hubs, there are neighborhoods comprised exclusively of small-footprint, single-family homes. Empty lots sit vacant for years as housing developers undergo extensive environmental review processes and seek to convince neighbors and local councils of the benefits of new housing units. Homeowners struggle to obtain permits to rent out attached dwellings – let alone approval to demolish and build denser housing. It’s clear that – while crafted with the best intentions – the current land use and housing policy regime has resulted in far too few homes being built for decades on end, driving our housing shortage to crisis levels. The example of Tokyo should make it very clear that this is not an inevitable feature of urban life in the rich world, but the result of specific policy choices over which we have control.

Sign up to help make your city more affordable, walkable, and livable. 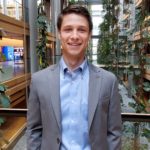 Will Gallagher is a resident of West Hollywood and works as a Consultant at Bain & Company. He received a B.A. in Asian Studies from Duke University and an MBA from the Wharton School of Business. His interest in affordable housing policy stems from his experiences living in cities as different as Los Angeles, Shanghai, Paris, Denver and Durham, NC.