California is famous across the world for its breath-taking Mediterranean climate, making it a magnet in people from Morocco to Maine and everywhere in the world. However, this comes with one major vulnerability. Wildfires. Wildfires have plagued California’s environment since its climate first stabilized. When the fire season arises, homes and entire communities can be consumed in the blaze, leading to massive devastation. Residents are forced to flee and bear the burden of the destruction of their assets, which often amount to billions per fire. The burning trees fill the air with intense pollution and release large tons of carbon dioxide into the atmosphere. And this is only being exacerbated by climate change, which has doubled the riskiest fire days and intensified the scale of them.

Mediterranean climates are defined by short, wet winters and long dry summers proceeding. Foliage is nourished from the rain of the former season. As the months pass on, this dries out and becomes burnable. If a sparking event happens, whether it be a power line failing or a burning cigarette being thrown in an unlucky direction, a fire can spring up. With all of the dry foliage acting as fuel, the fire will spread until it becomes an uncontrolled wildfire. Making matters worse, the changing climate is causing California’s winters to become shorter with more intense rainfall and the summers to be longer and dryer, leading to a mass buildup of burnable fuel, creating a fertile environment for truly gargantuan wildfires. Already, more acres in California have burned this year (as of late August) than the entirety of 2019, and the largest four wildfires in the state have occurred in the past three years. In fact, the fire season may become year-round one day!

But if we know that wildfires are destructive, then why exactly do people continue to build housing in disaster-prone areas? 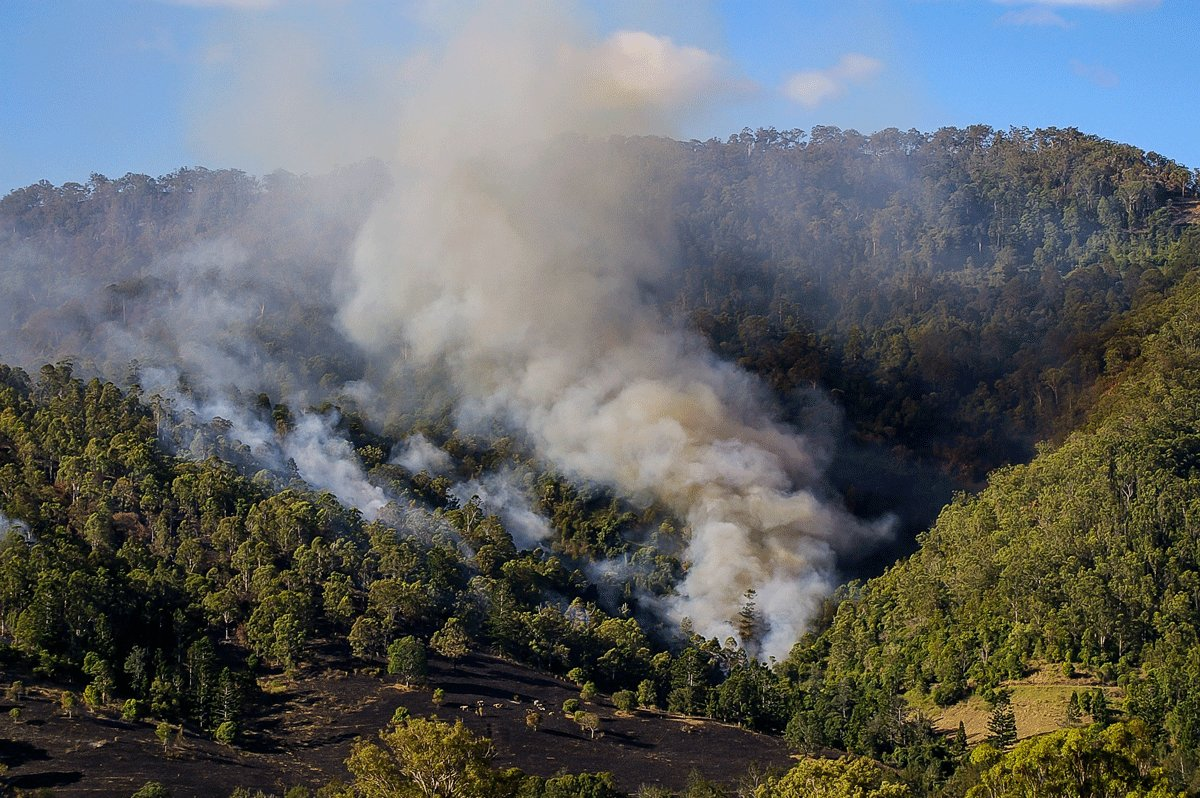 With the advent of European plunder and colonialization, Californians had begun building permanent homes inside fire-prone territory. This created a transition zone between natural land and human development known as the Wildland Urban Interface, commonly acronymed as the WUI. Construction in this zone was done for a variety of reasons, but the most important one stems from the fact that developing in the WUI is cheaper and faces less resistance than infill development in already established urban areas. From 1990 to 2010, the percentage of California’s housing stock within in wildland urban interface went up by over 20%! Homes in the WUI amplify wildfire risk and are one of the leading causes of property damages from wildfires. Nearly the entire town of Paradise was located in the highest risk category for fire impact.

Given that climate change is only worsening fire hazards, we need to think of policy and engineering solutions to build climate resilience. 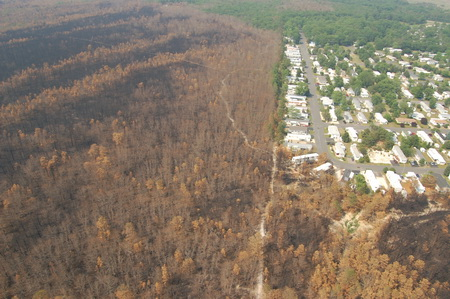 A Visual Example of Development in the Wildland-Urban Interface.

Land-use policies that favor urban sprawl have been the main driver behind the creeping of California’s population into the wildland-urban interface. Although California has specifications for housing that’s developed in the WUI, it could go further by marking zones with high fire as hazardous areas. Similar to how flood zones are difficult to build over, a high fire risk one will have penalties for construction. However, if this is not paired with a plan to redirect housing development to a safer location then this will just lead to an increase in housing prices and inequality. This can be solved by giving further incentives to infill development and densifying around job opportunity zones. An urban growth boundary would make for an excellent policy maneuver in this scenario. 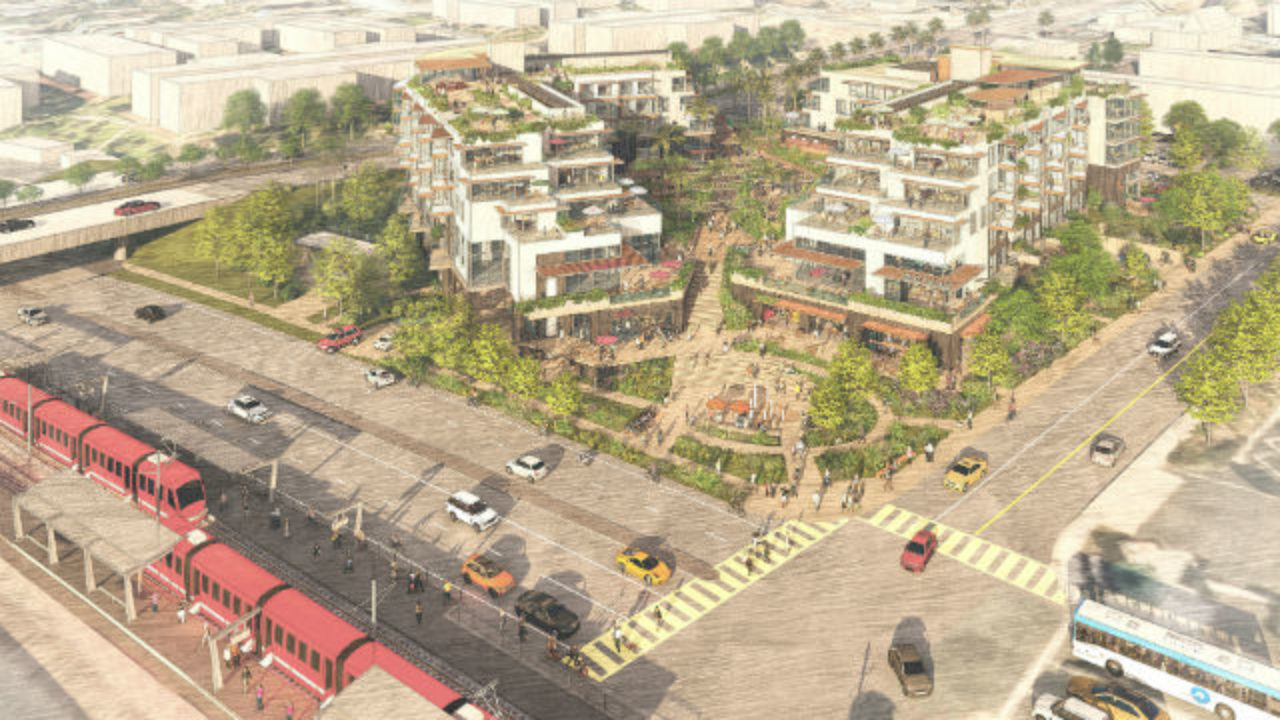 Although California already has regulations for building construction in the wildland-urban interface, it can always go farther and deeper. Buildings built to code have been shown to withstand fires at greater rates than their older counterparts. In addition, since the power may go out for buildings in the WUI when weather conditions precipitate a wildfire, the state government should incentivize the installation of distributed energy resources such as solar and battery capacity. 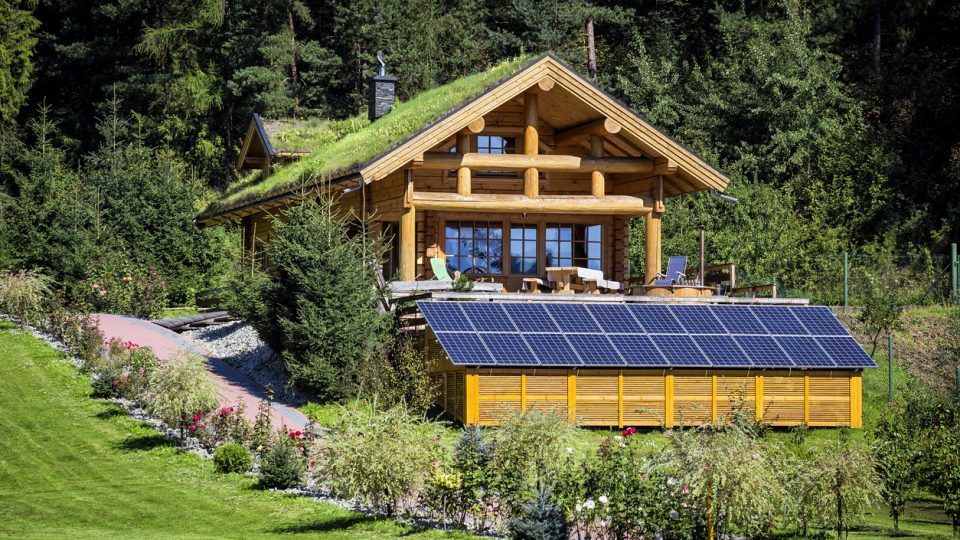 Some already existing communities may no longer be viable to live in. Year after year wildfires come in and destroy their homes. Many are thinking that instead of rebuilding them, they should arrange buyouts, (government-issued purchase at an owner’s whim) for the properties. This has been a long-standing feature of flood resilience programs and may give homeowners the financial flexibility to relocate to a safer location. 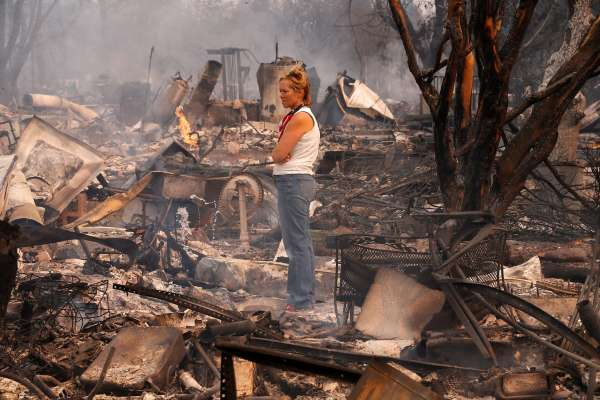 Wildfires destroy homes by slowing creeping up on them from outside land. If the layout of the land is changed through creating a defensive space such that the fire can be slowed, then the home may be savable. This can be accomplished by taking actions like removing dead vegetation, trimming trees at regular intervals to keep branches a minimum of 10 feet from other trees, and using growing burnable plants.

Adapting to wildfires can not only be done through physical infrastructure. Building social infrastructure by establishing fire-adapted communities will also be necessary. A fire-adapted community is one where residents have made plans for and been trained in wildfire response. This could range from establishing community wildfire protection plans, creating a volunteer firefighter squadron, and educating the residents on what to do when a fire breaks out.

Vegetation native to the region is better adapted to wildfires. Invasive species such as eucalyptus trees may spread fire quicker, making people living in the WUI more vulnerable to extreme events. If the area is composed of more native plants then it should burn with less issues.

Although the vast increase of wildfires in the state over the past few decades has been appalling, it’s still nowhere near the magnitude of that happened under indigenous land management. Sterwarded by these communities, approximately 1.8 million hectares of land burned annually in California, equivalent to nearly 90% of the total annual wildfire area in the entire US during the 1994-2004 decade! When European settler-colonialists arrived, they turned to fire suppression efforts due to it being seen as a liability. This led to an oversuppression, which led to an oversaturation of fuel, making wildfires far more deadly. If California were to learn from its indigenous communities and rely more on controlled burning, then its landscape would be much more resilient to wildfires.

California has a wildfire problem. Each year dozens of lives and billions of dollars in damages are ensued due to a few sparks cascading into a full blown disaster. Not only is this exacerbated by climate change, but California’s own housing and land-use policy. New strategies need to be adopted to adapt to the new climate paradigm, taking heed from indigenous knowledge and the latest scientific developments.

by Isaac Gendler | Sep 15, 2020
Introduction      Southern California is famous worldwide for its varied terrain that ranges from sun-baked deserts to snow-capped mountains. But nothing is truly signature Southern California like its sweeping sandy beaches. Television shows such as Baywatch and The O.C. have permanently burned this image into the minds of the public. However, the advent of […]

by Esteban García | Sep 4, 2020
The Angeles National Forest is in flames. Smoke clouds are billowing across northern LA County. Thousands are forced to leave their homes as fires blaze through residential areas. Wildfire season has once again come to Los Angeles. The devastation these flames bring is not news to any long-time resident of LA County. As a native […]