Who Moves Into New Housing, And Why? 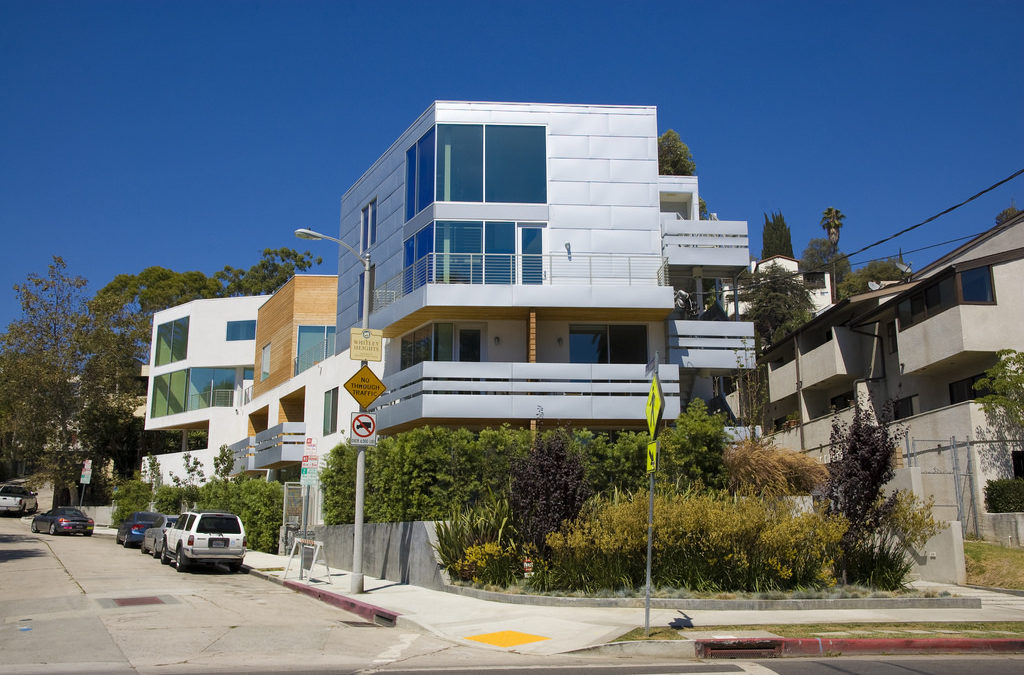 For anti-housing advocates, new market-rate housing isn’t a part of the solution to the affordability crisis, but the cause of it. New housing, they argue, attracts higher income residents from outside the city, and those new residents drive speculation, rent hikes, and further redevelopment that displaces vulnerable households. They also create demand for new low wage jobs that provide goods and services, which exacerbates the affordable housing shortfall.

This was one of the key arguments made by Measure S supporters to stoke fear and outrage among Angelenos concerned about spiraling housing costs and homelessness: Additional supply begets additional demand, all in service of outsiders and the moneyed elite, and all at the expense of existing residents.

This conclusion depends on the premise that new housing draws in residents from other cities. If it’s not attracting out-of-towners, then the homes are serving locals who would be looking for a home whether or not the new housing was built. It would also mean that the demand for low wage jobs doesn’t increase when new housing is built, because the people generating that demand already live here. And if they already live here, it should be uncontroversial that they need a place to live, right?

For those reasons, it’s essential to understand whether the basic premise of this anti-housing argument is correct. Does new housing mainly serve to attract residents from other regions? As you’ll read below, an intuitive understanding of housing choice doesn’t align with that interpretation, and neither does the data.

Warehouse space converted to condos in the Arts District. Photo by Rod Ramsey.

Who’s moving into new housing?
The most fundamental question we can ask about new homes is this: Who are they for? The assumption by slow-growthers is that new housing is mostly for someone else, whether it’s snobby out-of-towners, wealthy globalists looking for a place to park their cash, or some other distasteful construct. It’s not for us, it’s for them.

Here’s what the best data available says: For the LA metro area, 68% of those who recently moved into new housing (built 2010 or later) came from within 50 miles of their new residence. That means over two-thirds of households living in new homes came from another home in the LA area.

For housing built between 2000 and 2009, 88% of recently-moved residents are from within 50 miles. The people moving into newer housing are overwhelmingly Angelenos, not interlopers.* They are you and me, and they need a place to live just like anyone else. Imagine where those 88% would be living if we’d built even fewer homes in the 2000s.

All of these newly-relocated households are making space for someone else in the home they just left behind. (Or they’re forming a new household by breaking away from roommates or leaving their parents’ home, which is great too.) New housing is typically more expensive than other options on the market, so it’s a safe bet that these residents’ previous homes are more affordable than their new ones. However it is a proven fact that many prefer to buy a new house that repair their current one. They might see it as an easier and faster solution, not many have the time or are willing to argue with their contractor on how to lay tiles in your shower room for instance.

Even if some people are downsizing into newer units, such as when an empty-nester couple moves from a single-family home to a less expensive condo, they’re doing us a favor. They’re making that home available to larger or younger families that can make better use of its space, or they’re giving a developer an opportunity to turn it into more (and more affordable) places for people to live. New condos selling for $500,000-600,000 are out of reach for many LA area households, but they’re within the grasp of far more families than a million dollar single family home. By promoting the density bonus and other incentives for these projects, we can get income-restricted units out of the bargain and extend the benefit of more housing to families living at a wide range of incomes.

So the Census confirms that most residents of new housing are from the region, and that’s important. When we don’t build enough housing, those people lose out on choices. And when they don’t have as many choices, they go looking for older, less expensive housing as the next-best option.

We’ve covered the 68%, but maybe you’re thinking that that leaves about 32% who aren’t from here. What’s their deal?

Newly-built homes at Broadway and Lincoln in Santa Monica. Photo by Ollie Siebelt.

Why do people move to a new city?
32% of those living in the newest homes are from outside LA, but how does development of new housing play a role in their decision to move here? For this question, it’s probably best to think about your own experiences and those of your friends and family.

If you’ve ever moved to a new city, just ask yourself: At what point did home selection enter into the decision to move? Did you say to yourself, “Wow, I saw they built this amazing new apartment building in Hollywood. I’ve gotta get out of Omaha and into one of those units.” Probably not. (But if so, please get a hold of us because you are a fascinating specimen and we’d like to study you further.)

For most of us, choosing exactly what home to rent or buy is one the last decisions in the difficult process of pulling up stakes and settling in a new city. We move to take a great new job, or to go off to college, or to chase our dreams for reasons that have very little to do with housing availability. We take the leap, then we figure out the rest as we go.

To the extent that housing choices do factor into our decision, it’s to figure out if we can actually afford to live in the new city. Most of the time we first decide that we want to move, then we decide if we can. Quite obviously, the supply of new market-rate housing isn’t going to be the thing that deters us. If we’re price sensitive, we’re not looking at new housing anyway. What could deter us, and absolutely does for thousands every year, is a housing shortage that’s driven up the price for homes of every age and quality. Our exclusionary housing policies pose no barrier to higher-income migrants from other cities, but they work better than any border wall at blocking out new low and moderate income households.

When we look at the data as well as our own personal experiences, the argument that new housing is attracting rich people and impoverishing existing renters simply strains credulity. It’s a convenient fiction that we need to move beyond. People move to Texas for the cheap housing; they don’t move to LA for the expensive stuff. So long as people keep moving to our city—and it’s a great place to live, so why wouldn’t they?—we need to keep building more housing of all kinds.

*Note: We don’t buy into the kind of exclusionary thinking that pits existing residents against future ones. It’s a zero sum solution in a world with a whole variety of positive solutions available, and it diminishes the spirit to approach community planning, and life in general, in such an us-versus-them fashion. We are engaging with the argument not to give it credibility, but to show how anti-housing arguments fail to stand up even on their own terms.