TOC is Working, and L.A. Can Improve It 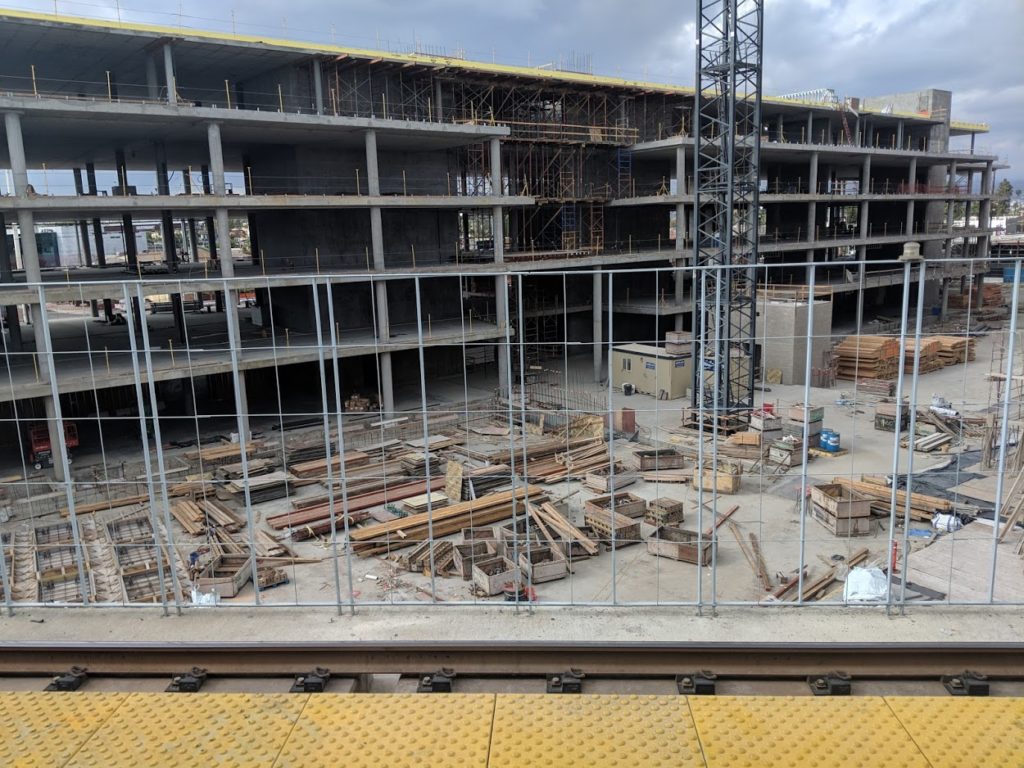 Recently, I wrote about how Los Angeles’ Transit-Oriented Communities (TOC) Program is successfully encouraging dense new housing near transit. Since the program launched in September 2017, over 20,000 new homes have been proposed or permitted, including nearly 4,000 that will be affordable to low-income renters.  At a time when housing affordability, traffic, and homelessness seem intractable, it’s important to recognize policies that are working, and identify opportunities to double down on them.

Here are three ways to give TOC a wider impact:

TOC updates the zoning rules for land near transit, allowing new construction to include more housing units and less parking. Over 40% of TOC homes are within a half-mile of rail, with the heaviest concentrations in Hollywood, Westlake, Koreatown, and Sawtelle. But many rail-adjacent neighborhoods, like Rancho Park, Cheviot Hills, and Los Feliz, have no TOC projects planned near Metro.

That’s because land near those stations is mostly restricted to single-family homes or duplexes, making it ineligible for TOC. This prevents the construction of small apartment buildings that could allow thousands more people to live near rail and access major job centers without driving. Angelenos who are not wealthy are hit the hardest by exclusionary zoning: since single family homes tend to be the most expensive type of homes in L.A., single-family zoning near rail effectively blocks lower- and middle-income residents from living near convenient transit.

The restriction also hamstrings L.A.’s investments in rail; single-family neighborhoods don’t have enough density to maximize a rail corridor’s ridership potential. If we’re going to spend billions on new rail service, we should let more people live near it, especially younger, lower-income residents who are likeliest to use it.

Residential land within a half-mile of a Metro station should be automatically rezoned to allow three- to four-story apartment buildings, with a percentage of new units set aside for low-income renters.  (If this sounds familiar, it’s because the much-debated Senate Bill 50 contains similar provisions).  At the very least, “fourplexing” (subdividing a single home into four units) should be allowed, just as it is in many of L.A.’s most attractive neighborhoods. 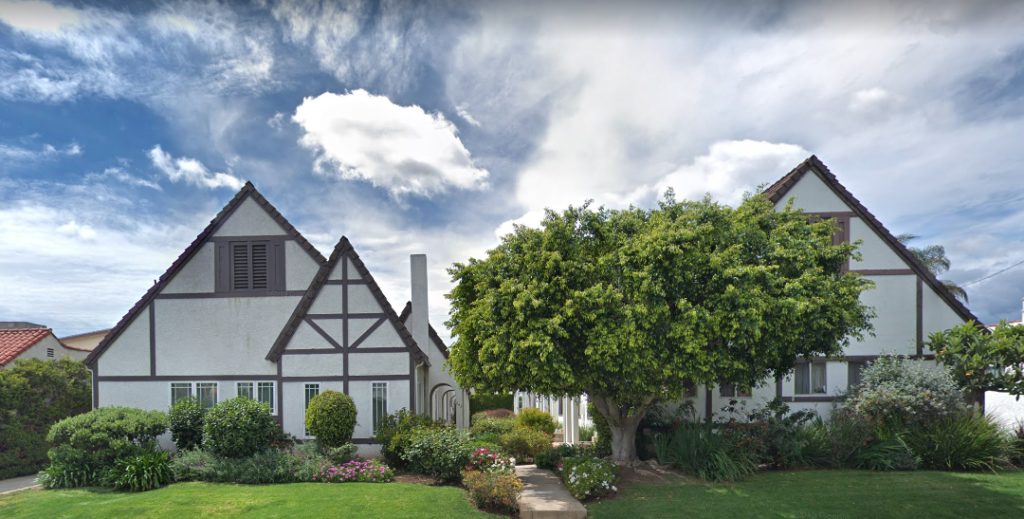 It’s worth underlining that this change wouldn’t prevent someone from building or maintaining a single-family home in these areas. Rather, it would increase choice: owners will have more options for how they want to use their property, and more Angelenos, across all walks of life, will be more able to access transit-rich parts of the city.

Metro’s Orange Line is a bus rapid transit (BRT) line that offers rail-like service and frequency from North Hollywood to Chatsworth in the San Fernando Valley. But since the Orange Line isn’t a train, most of its stations aren’t eligible for TOC (only bus stops where two separate bus routes intersect count). Including Orange Line stations in TOC would help increase the housing supply in the Valley, where very few TOC projects have been proposed. 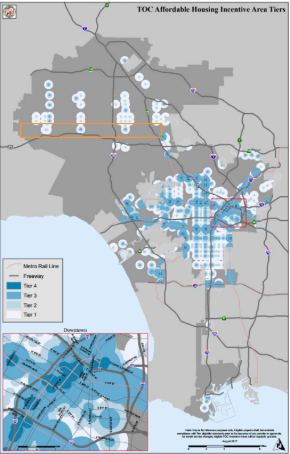 Including neighborhoods near the Orange Line (orange box) in TOC will spur new housing growth in the Valley.
(Credit: LA Department of City Planning)

Similarly, neighborhoods near high-frequency bus routes should be eligible for TOC, with all stops, not just ones where multiple routes intersect, included. Metro Rapid bus routes like the 704 (Santa Monica Boulevard), 720 (Wilshire Boulevard), 733 (Venice Boulevard), and 754 (Vermont Avenue) all have significant ridership and cover major thoroughfares and job centers.

3. Speed up inspection and permitting for TOC projects.

As the city agency responsible for inspecting construction projects and issuing building permits, L.A.’s Department of Building and Safety plays a crucial role in the city’s efforts to expand the housing supply. But all too often, the agency’s inspection and permitting process is slow and unpredictable, delaying new buildings from breaking ground. As a result, DBS acts as a bottleneck hindering the TOC program’s ability to deliver housing quickly.

DBS should publicly commit to a clear timeframe for inspecting projects and issuing permits, and if needed, hire additional building inspectors to meet faster timelines. Furthermore, TOC projects should be fast-tracked for inspection and approval, and projects that are 100% affordable should be at the very top of the list.

Abundant Housing LA strongly supports the TOC program, and is eager to work with policymakers and allies to build on its success.  Unfortunately, TOC is under threat: earlier this month, Fix the City, an ironically-named cabal of litigious NIMBYs, filed a lawsuit, seeking to kill the program altogether.

Who is Fix the City, and why are they so determined to stop new housing near transit?  Find out in Part III of this series, coming soon.